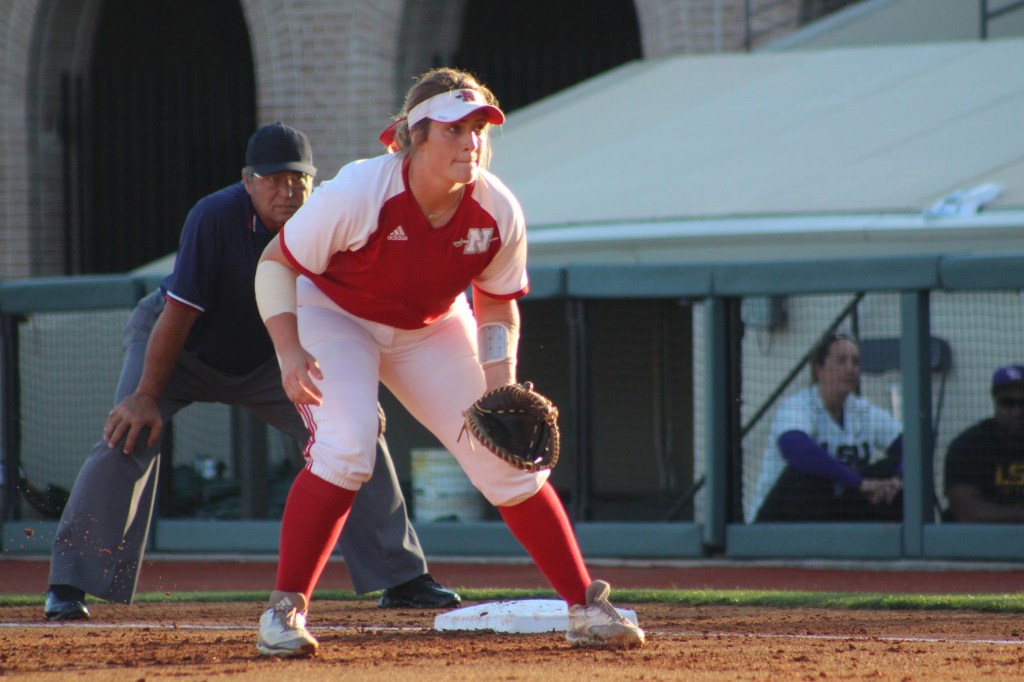 Frederick had an outstanding sophomore campaign where she hit .372 in league play and was one of the premier power hitters, ranking in the top 5 of the SLC in doubles (10), home runs (5), RBIs (24) and slugging percentage (.718). She totaled 29 hits in 27 games and scored 20 runs, which ranked sixth in the Southland. Overall, the Bridge City, Texas native posted a .315 batting average with a team-high 11 doubles, seven home runs and 31 RBIs.

Gianelloni followed up her freshman season with another All-Southland performance by hitting .372 in conference with 29 hits and 11 RBIs. Her batting average tied Frederick for eighth-best in the league while she was also tied for fifth with six doubles and led the SLC with six sacrifice flies. A native of Napoleonville, Gianelloni’s fielding prowess at shortstop played a key role in the Colonels’ top-ranked defense. On the season, she finished with a .331 batting average, nine doubles, four triples, three home runs and 30 RBIs. Gianelloni also stole seven bases and scored 32 runs.

The Colonels shored up the middle infield on Second Team as Morris received the honor at second base in her senior campaign. A second-team selection at shortstop in 2015, Morris started all 27 league games and tallied 24 hits for a .276 average. For the year, the Denham Springs native posted a .298 batting average, 28 runs scored and led the Southland with 13 sacrifice bunts. Nationally, Morris ranked fifth in the NCAA in toughest to strikeout, recording just three strikeouts in nearly 200 plate appearances.

One of four freshmen to be named All-Southland, Mracich finished league play with a .378 batting average, which was fourth-best in the Southland. She also ranked in the top 10 of the SLC in hits (34), triples (2), on-base percentage (.440) and stolen bases (10). A native of Metairie, Mracich led Nicholls with 12 multi-hit outings and had the longest on-base streak at 14 games. For the regular season, Mracich finished with a .399 batting average and ranked 18th in the NCAA with 71 hits.  She is currently seventh in the Southland with 38 runs scored and fifth in on-base percentage (.460).  Mracich also contributed in the circle, going 3-0 with a 1.24 ERA in 17.0 innings pitched.

Taylor rounded out the second-team honorees at designated player after batting .269 with 10 RBIs in 24 league games. Two of her hits went for extra bases as she recorded one double and one triple, and she was also fourth on the team with seven walks. On the year, Taylor, a native of Colleyville, Texas, hit .311 with 32 hits and 15 RBIs. The Southland honor was her second of her career as she received newcomer of the year in 2015.

A sophomore from Pierre Part, Landry was named Third Team after going 7-3 in conference with a 2.56 ERA and a league-high six saves. She finished the conference season fourth in strikeouts with 72 and had the sixth-best opponent batting average at .217. An honorable mention selection as a freshman, Landry posted a 14-7 record this season with a 2.53 ERA and was third in strikeouts (141). Her six saves put her tied for second in NCAA.

After transferring from LSU, Bourg received honorable mention at utility in her first season with the Red and Gray after batting .256 in league play with 13 runs scored and eight RBIs. Of her 21 hits, Bourg had two doubles, two triples and hit her first career home run. For the season, she posted a .288 batting average with 15 RBIs and was tied for seventh in the SLC with a team-high 15 stolen bases. Bourg played center field and third base for the Southland’s No. 1 defense in fielding percentage.

The 2017 Southland Conference Softball Tournament begins Wednesday at Farris Field in Conway, Ark., with game one starting at 11 a.m. between No. 3 seed Lamar and No. 6 Northwestern State. The winner advances to play No. 2 seed Nicholls at 4 p.m. McNeese, which earned the No. 1 seed for the second straight year, will play the winner of No. 5 Central Arkansas against No. 4 Sam Houston State. The winner from the six-team double elimination tournament will earn the league’s automatic qualifier to the NCAA Championship.

Games 1-9 will be streamed live on the Southland Digital Network with Chris Mycoskie, Steve Owens and Chris Kane sharing play-by-play duties. The games will be available via southland.org/live and the Southland Conference app. In addition to the mobile app, the app is now available for Apple TV, Amazon Fire TV, Android TV and Roku.

The championship round will be an exclusive presentation of ESPN3, which can be viewed via WatchESPN.com and the WatchESPN app with Mycoskie and former Southeastern Louisiana pitcher Kati Morse on the call.