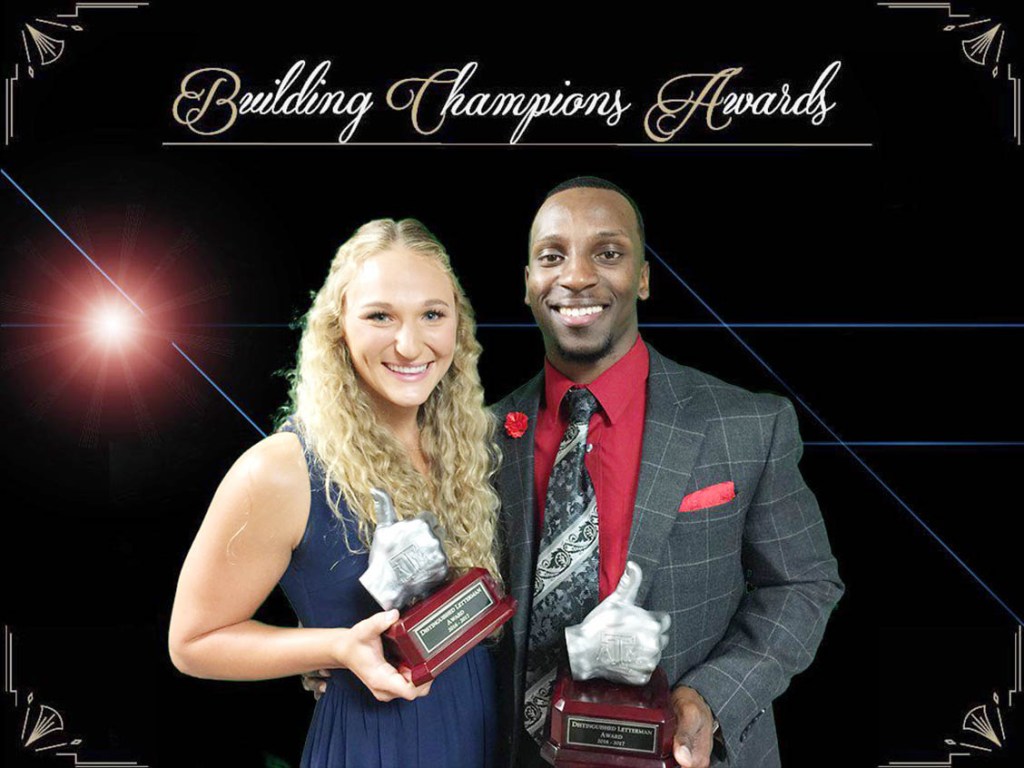 The Distinguished Letterman Award takes into consideration leadership and service along with athletic ability. Malone won an NCAA title during an unbeaten senior season. Sezer was the team’s Aggie Heart Award winner.

Fred Kerley won the NCAA indoor 400-meter title in March. The senior also helped A&M set the collegiate indoor record in the 4×400 and the outdoor record in the sprint medley relay. Pickrem, who swam for Canada in the Rio Olympics placing sixth in the 200 individual medley, broke the school’s 200 record which had been the longest-standing mark. The sophomore had a trio of top eight finishes at the NCAA Championships this year.

Hans was the American Volleyball Coaches Association’s South Region freshman of the year. Williams was the SEC defensive player of the year. Mylik Kerley anchored the winning 4×400 relay that gave A&M an indoor championship in March.

Tybur, who qualified for the 2016 Olympic Trials and advanced to the 2017 NCAA Championship finals, as a teenager over came Ulcerative Colitis which includes stomach pain and dramatic weight loss.