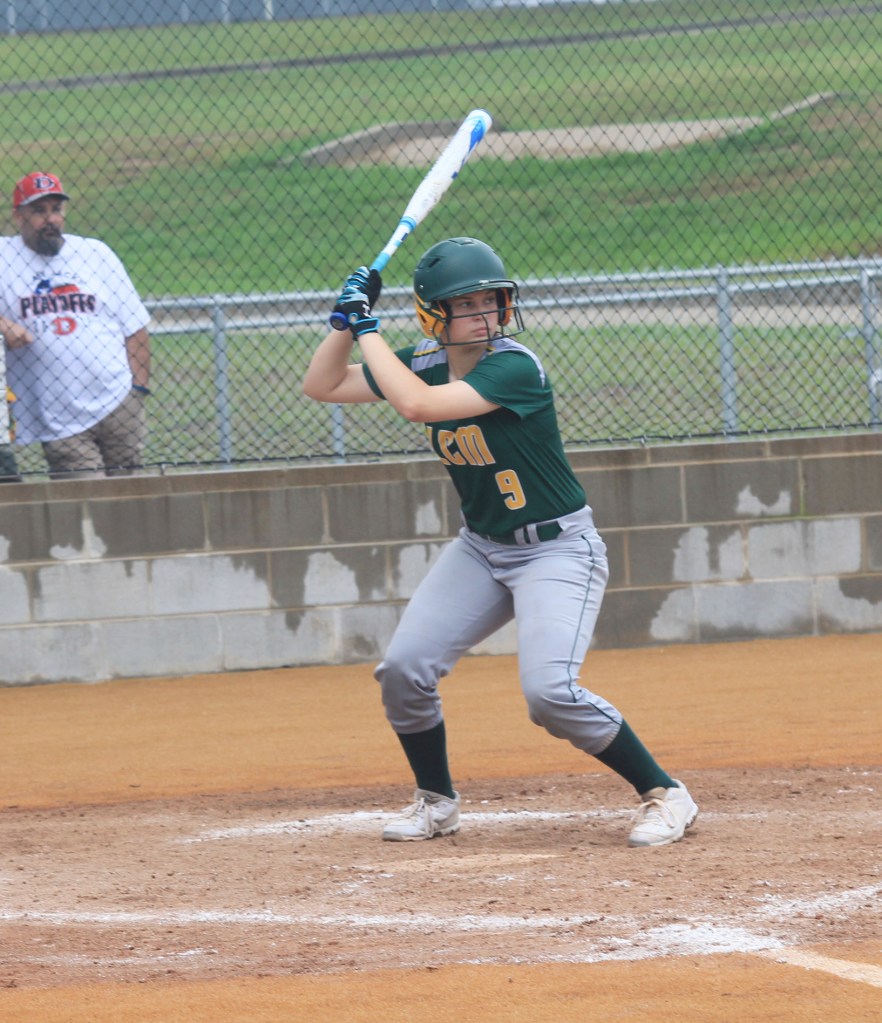 The Lady Bears (22-6), who defeated Diboll 3-1 in Game One Friday, will move on to face the Huffman lady Falcons in the area round next week. The Lady Bears pounded out 14 hits against Diboll pitchers Kaitlyn Rodriguez and Hannah Scoggin.

Meanwhile, Lady Bear senior pitcher Jenna James hit her spots well and let the defense rise up behind her. James got the win, scattering six hits, with a walk with no strikeouts. Lady Bear ace Brianna Frenzel , who fanned 16 in a two-hitter Friday, tossed the seventh inning, allowing now hits while fanning one.

The Lady Bears darted out to a 4-0 lead in the top of the first inning. Frenzel, who was 3-for-4, had a two-out double off the centerfield wall. Ashley Short was hit by a pitch and Renna Toomey reached on a single to load the bases.

Olivia Leavings brought in one run with an infield single. James would follow with a two-run single to center and Jayce Perry brought in a run after a Lady Jacks’ error.

LC-M tacked on three runs in the top of the second. Madison Murdock had a single past first base, swiped second, went to third on a wild pitch and scored off a Morgan Weaver sacrifice fly to left.

Frenzel singled and Short followed with a double off the centerfield wall. Leavings made Diboll pay again by ripping a two-run double off the wall to make it 7-0.

The Lady Jacks (14-12) scored three runs in the bottom of the third. One came from a RBI single by Alexis Grimaldo, who brought in Ellie Mann, who had doubled to right centerfield. Diboll scored its other two runs in the frame on Lady Bear errors.

The Lady Bears tallied three runs in the top of the fourth.

Frenzel had a leadoff double and Short singled to left to set up a deep two-run triple by Toomey to right. Toomey made it 1-3 when she scored from third on an errant pickoff attempt throw.

James drew a walk and Joanna Henry reached on an error that set up a two-run double to left centerfield by Weaver.

Diboll got three runs in the bottom of the sixth with Tori Esteves and Rodriguez both reaching on singles and scoring off a three-run home run blast over dead centerfield by Breanna Palomino.