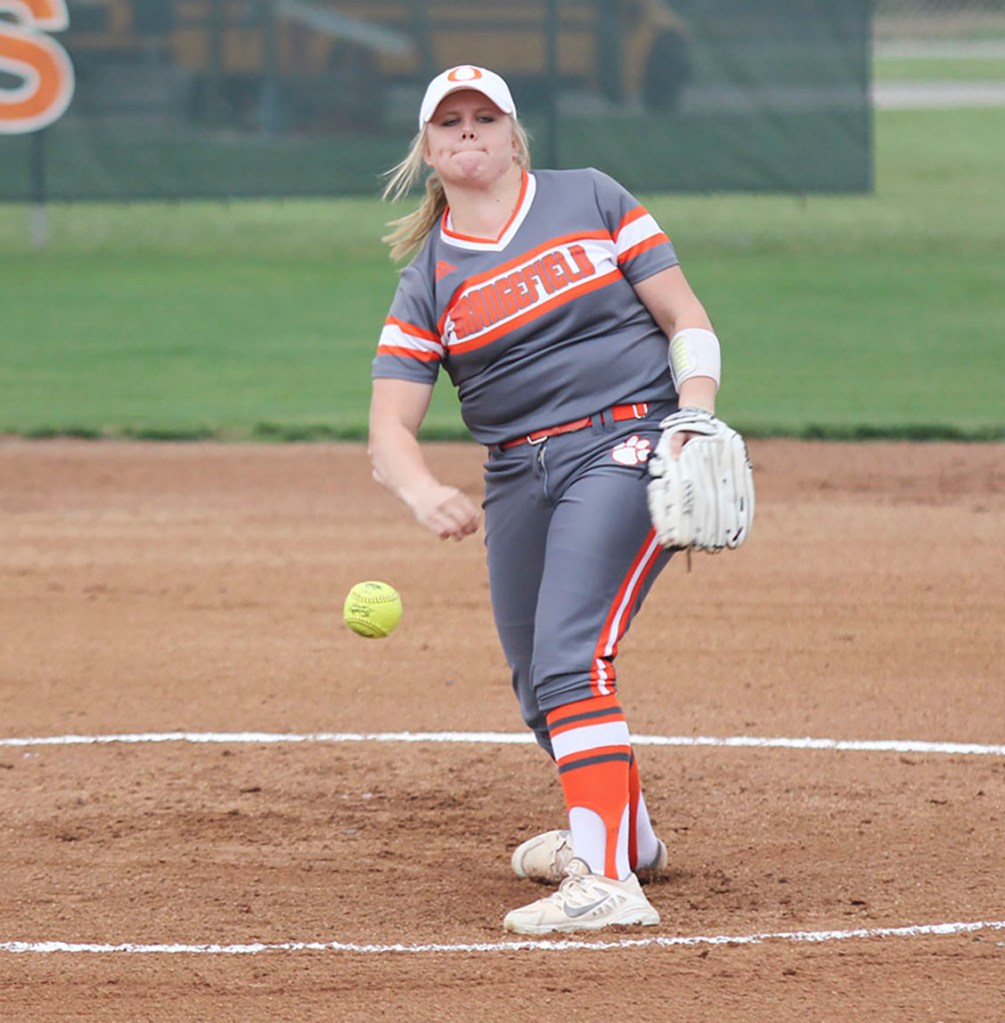 The biggest part of the win had to be the Orangefield starting pitcher Kaylee Ancelot fighting through a tough hamstring injury from earlier in the week, and pitch a playoff win. She was visibly struggling at times but pushed through allowing two runs on six hits with two strikeouts on the night.

The winning run for Orangefield (15-12) came from Devany Crain, who had only nine at-bats entering the game, hit well when it mattered. Her big hit was her first home run and RBI on the season. The whole lineup was making contact all night but her hit was the one that people will remember from this game.

We have been struggling to hit as of late,” said Ragsdale. “But tonight we hit well and was the main reason we were able to win.”

Coach Ragsdale also has a simple plan for the next round when the Lady Bobcats will take on the Hardin-Jefferson Lady Hawks.

“ We’re Just taking it one round at a time and one game at time,” said Ragsdale.

Hudson fired back with a run of their own in the bottom of the first inning. In the exact same fashion as Orangefield, leadoff hitter Amzee Gerard started with a single, Hannah Blackwell had a sac bunt to move Gerard to second and Campbell Selman knocked her in from second with a hard hit to left to tie the game at 1-1.

Hudson found another run in the bottom of the second inning. Emily Bufkin hit a long solo home run to left field to give the Lady Hornets the lead early at 2-1.

Orangefield tied Hudson in the top of third with a rally of hits. Broussard, Bramblett and Ancelot were all able to reach base with two hits and Ancelot drew a walk. With the bases loaded Kinley Gipson, who was 3-for-4, found a hole in the outfield and knocked in a run. Orangefield was unable to drive the rest in but took managed to knot things up.

In the fourth inning the leadoff batter Crain hit a high home run to left field to give Orangefield the lead at 3-2. At the time they didn’t know it, but that was the final run of the game as Orangefield was able to hold Hudson to only two runs in the game.

Big defensive stops by the Lady Bobcats are what helped them edge out the Lady Hornets. Ancelot was great pitching, but owes a lot to her defense who stepped up behind her to help seal the victory.