Frenzel, Lady Bears mow down Diboll in Game One 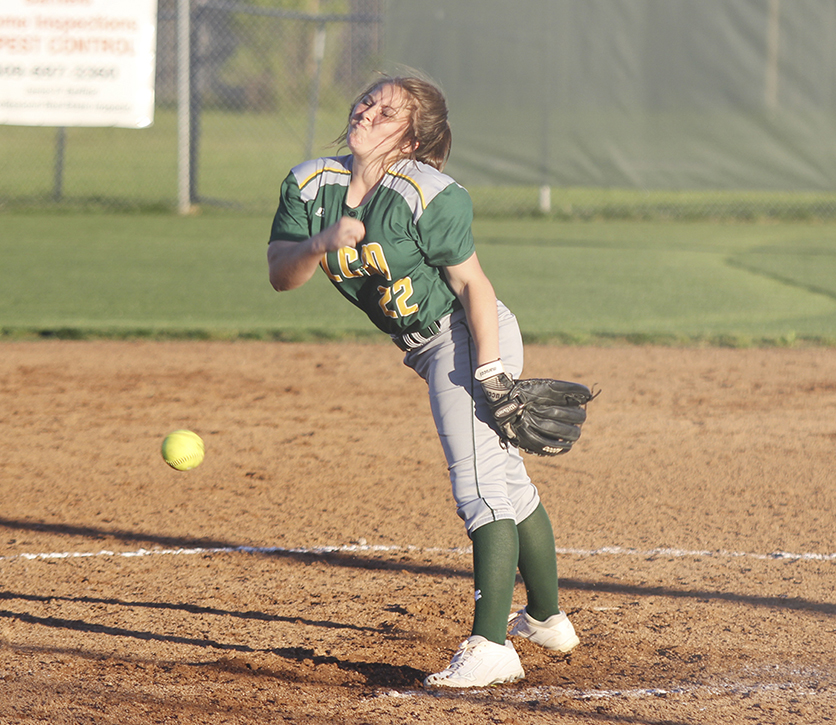 JASPER — The Little Cypress-Mauriceville Lady Bears nabbed a 3-1 Game One victory over the Diboll Lady Jacks Friday night in the Class 4A Region III bidistrict playoffs at Jasper High School.

The two teams will be back at it in Game Two today at noon at Jasper High School with Game Three, if necessary, to follow 30 minutes after Game Two.

Frenzel allowed just two two hits while striking out 16 and walking one as the Lady Jacks (14-11) couldn‘t get much offense going at all.

The Lady Bears scratched in a run in the bottom of the second. Jenna James got it going with a one-out deep double to right centerfield. Jaycie Perry moved James over to third with a sacrifice bunt as Perry was barely thrown out at first base.

Joanna Henry gave LC-M the lead when she hit a hard liner up the middle past Diboll pitcher Hannah Scoggin to plate James.

LC-M struck again in the bottom of the third.

Ashley Short was hit by a pitch with two outs. Renna Toomey followed with a single right up the middle. Short then swiped third and and scored after an errant pickoff attempt at third.

The Lady Jacks finally got a runner on base in the top of the fifth when Ashtyn Alvarez drew a leadoff walk. Kaitlyn Scoggin then roped a deep double to centerfield to put runners on second and third. Frenzel, however, calmly struck out the next two batters to get out of the jam.

The Lady Bears got an insurance run in the bottom of the sixth by scoring on a wild pitch.

Lady Jack Tori Esteves finally got her team on the board when she took a Frenzel offering and planted it for a solo home run.

The LC-M-Diboll winner will face the Huffman Lady Falcons in the bidistrict round next week.