Sam and Margaret Wow The Crowd 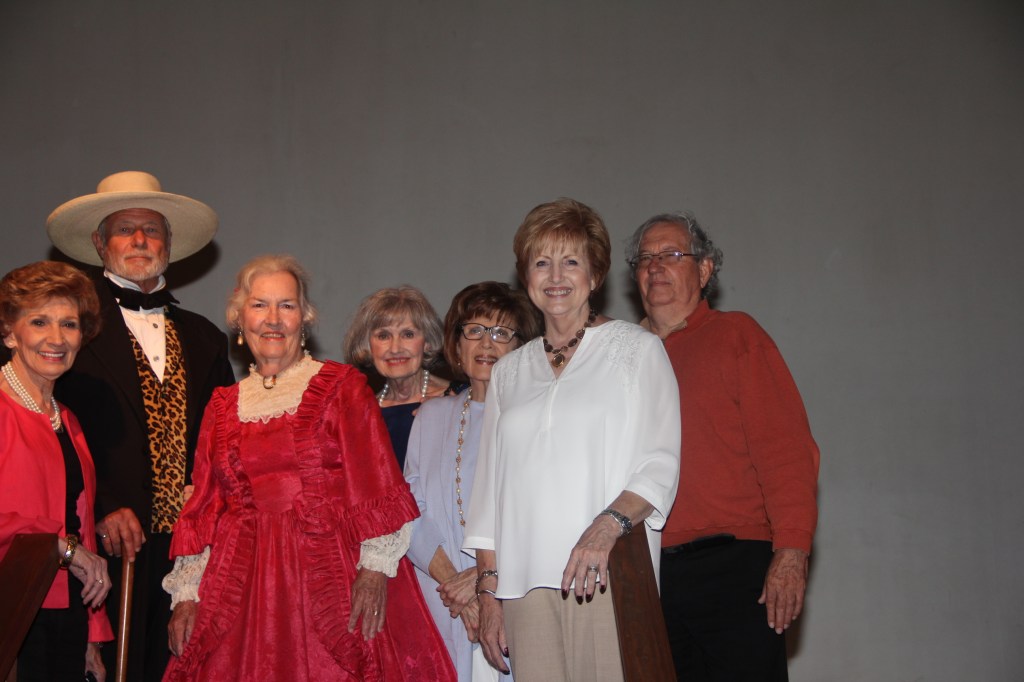 To assist in commemorating the 300th anniversary of San Augustine, Sam and Margaret Houston came to town. No, it wasn’t a reincarnation conjured up by the witch of Endor;  Scott Griffin of Katy  and Una Grace Nash of Huntsville dressed in period and iconic costume to impersonate the legendary leader of Texas and his wife Margaret .

Scott, who taught Texas history for thirty-two years,  dressed in a wide brim hat, a leopard vest, and a black suit complete with a cane and impersonated the legend after Una Grace Nash performed a monologue that detailed the inception of their romance, the continuance of it, and the various ways he led Tennessee and Texas.  Una Grace made you feel as though she was Margaret as talked about their love-at-first sight encounter in New Orleans after the Battle of San Jacinto.  She spoke with warmth and deference to the statesman who diplomatically dealt with Cherokees, a divorcing wife, and a state which was leaving the Union.  Her affection for Sam was contagious as the audience gave her a standing ovation when she finished.

Although Scott did not speak in character, he did marshal some little known facts about Houston like how he refused to destroy the character of his first wife after their breakup just to maintain his political capital.  Another fact that was not widely known was the letter Abraham Lincoln wrote Houston offering troops to help him keep Texas in the Union.  A third one involved asking  Union prisoners carry his casket up the slippery hill of the cemetery to his final resting place.

The Ezekiel Cullen Branch of the Daughters of the Republic of Texas organized, coordinated, and promoted the event with help from Kelly Camp, Director the San Augustine Chamber of Commerce and the Chamber.  About one hundred sixty attended the event.