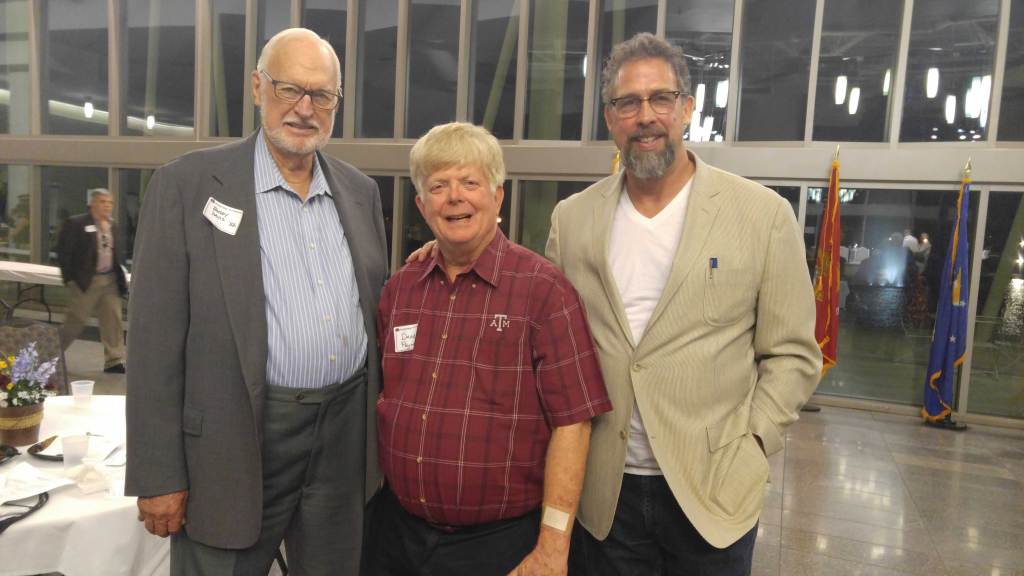 David Payne of Orange, center, attended the annual Aggie Muster Fri., April 21, held on San Jacinto Day each year, where he met 86-year-old Walter “Buddy” Davis, 1952 Gold Medalist in High Jump at the Helsinki, Finland Olympics, from Nederland but currently of Lufkin, left, and one of his 2 sons and 7 daughters, Shaun P. Davis, right, Executive Director of Southeast Texas Regional Planning Commission.  Both men are about 6 feet, 8 inches tall, while Payne is 5 feet, 11 inches.  The elder Davis and Payne are Texas A&M University graduates.  “Buddy” also played in the NBA for the Philadelphia Warriors and the St. Louis Hawks, as a two time NBA champ in 1956 and 1958. He was named as a Texas Hall of Famer in 2016.  Buddy is only one of two Aggies ever to be named an All-American in 2 sports, basketball and track, despite recovering from polio as a child.