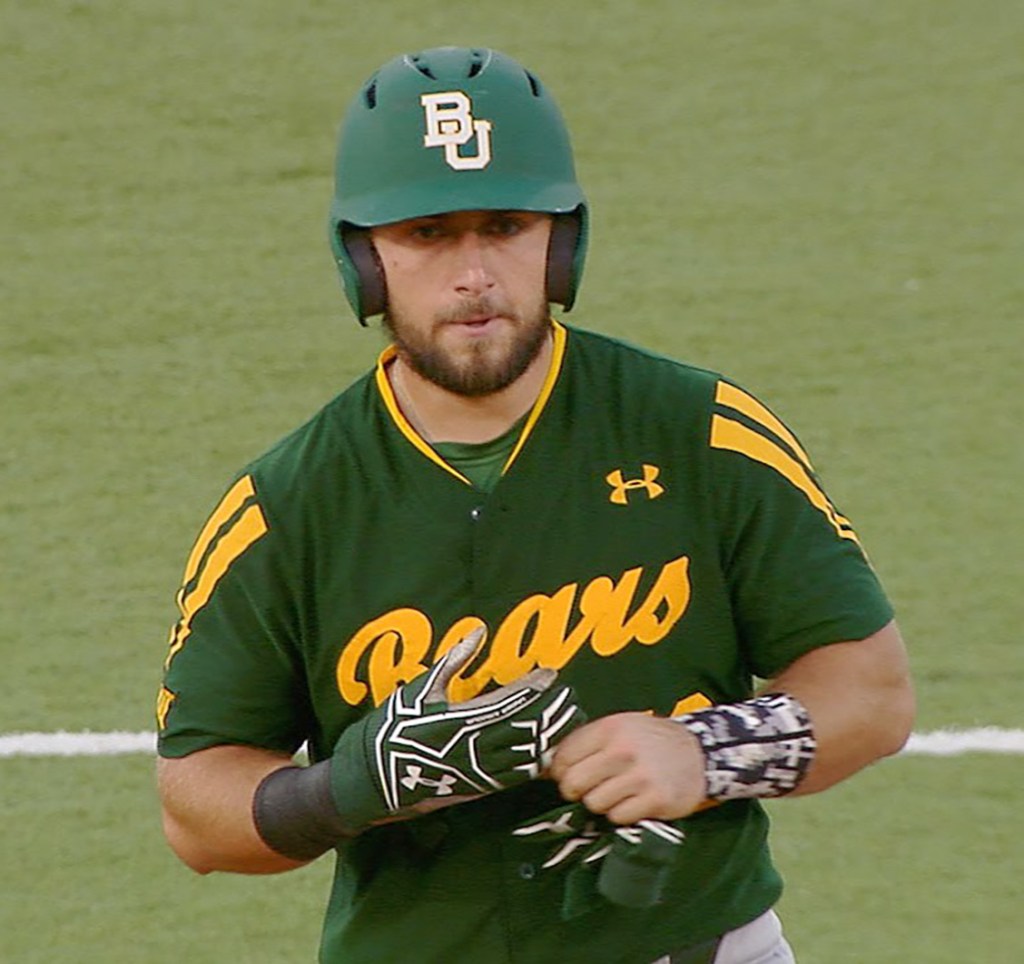 Photo by Baylor University Former Bridge City standout Matt Menard has had a great run at Baylor on and off the field.

WACO — Without question, Baylor senior and former Bridge City standout Matt Menard is going out in style in a Bear uniform.

The designated hitter was recently named one of the 30 candidates in the country for the 2017 Senior Class Award, Premier Sports Management announced this week.

To be eligible for the award, a student-athlete must be classified as an NCAA Division I senior and have notable achievements in four areas of excellence: community, classroom, character and competition.

The Senior Class Award focuses on the total student-athlete and encourages students to use their platform in athletics to make a positive impact as leaders in their communities.

Menard is arguably the team leader of the Bears because of his great attitude, work ethic, personality and leadership skills.

He leads by voice and by show and is a huge reason for Baylor having great team chemistry.

Menard also leads in the community as he gives baseball lessons to kids, reads books to children at elementary schools, serves as an ambassador on the team’s yearly trip to Houston Shriners Hospital for Children. He helped guide the team to restore 10 houses from the Louisiana floods last fall and helped build a baseball field from scratch for the Waco Boys and Girls Club.

He’s had a superb season on the field for the Bears (25-16) in his senior campaign. Thus far he is hitting .305 with two home runs, six doubles and 24 runs batted in.

As a junior last year, Menard was named All-Big 12 Honorable Mention after hitting .309 with six home runs, 11 doubles and 25 RBI.

Menard had a huge run while playing at Bridge City for Coach Chad Landry.

He was also a four-year letter winner in football and District 21-3A MVP at quarterback in 2011 and still holds the Bridge City school-record for career all-purpose yardage and was a National Honor Society member and heavily involved in Student Council.