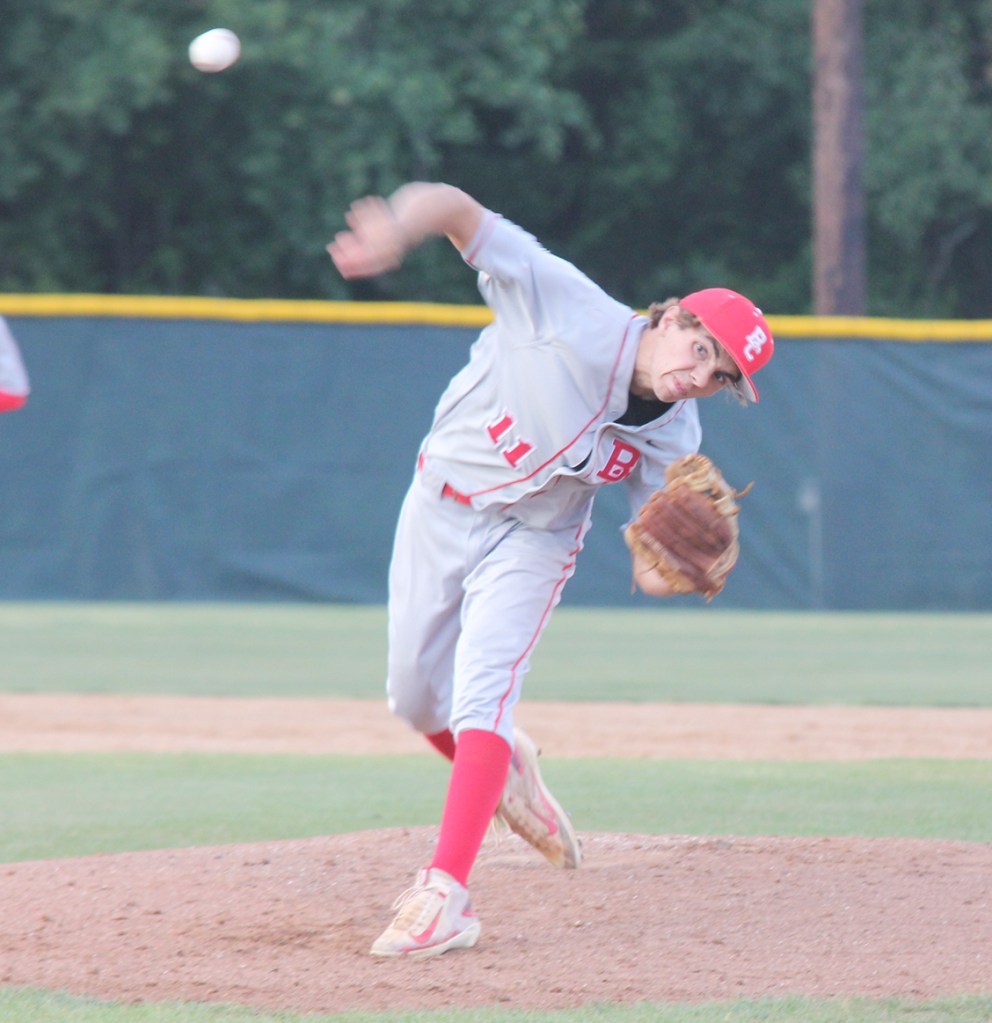 ORANGEFIELD — Scoring five runs in the top of the sixth inning, the Bridge City Cardinals rallied for a 8-7 District 22-4A road win over the Orangefield Bobcats to claim the third-place playoff spot out of the district.

Luc Hollier got it going for the Cardinals in the top of the sixth when he drew a one-out walk from Bobcat starter Ryon Stubblefield. Stubblefield pitched well but reached the 110-pitch count limit. He left with a 6-3 lead while allowing three hits while striking out eight and walking four.

Johnny Armstrong entered the mound for the Bobcats.

Kevin Gordon roped a single to right and Brady Coulter drew a walk to load the bases.

Jacob Goodman reached on a fielder’s choice as Hollier scored and everyone was safe.

Gavin Green followed with a bunt single that plated Gordon to trim it to 6-5. Schuyler Thibodaux put the Cardinals up 7-6 when he belted a deep two-run double to right. Dylan Anthony replaced Armstrong on the Bobcat hill and intentionally walked Logan Hamm to load the bases. Caleb Dubois drew a bases-loaded walk to bring in Thibodaux.

The Bobcats added a run in the bottom of the seventh when Patterson and Fregia had singles and pinch runner Ryan Deutsch came in to score.

The Bobcats went up 2-0 in the bottom of the first. Armstrong drew a one-out walk from Cardinal starter Justyn Romero. Mack Patterson followed with a single to left and Brett Fregia slapped a two-run single to right.

The Cardinals got even in the top of the third when Thibodaux drew a two-out walk and scored off a two-run home run blast by Hamm that cleared the rightfield wall.

The Bobcats went up 3-2 in the bottom of the third. Stubblefield had a leadoff single to left and Armstrong had a bunt single. Patterson hit into a double play but a run came across.

Bridge City tied it in the top of the fourth. Romero had a leadoff single down the third base line and scored with two outs off a RBI single by Jackson Tims

Orangefield tacked on two runs in the bottom of the fourth.

Anthony drew a two-out walk and swiped second. Andrew Hoyland made it 4-3 with a RBI triple to right and he would score on a Kaden Evans triple to center.

The Bobcats tallied a run in the bottom of the fifth as Patterson reached on an error and scored off a Kent Michael RBI single up the middle by Jackson Tims.

Goodman got the win in relief for the Cardinals as he tossed the final 3 1/3 innings, striking out four.