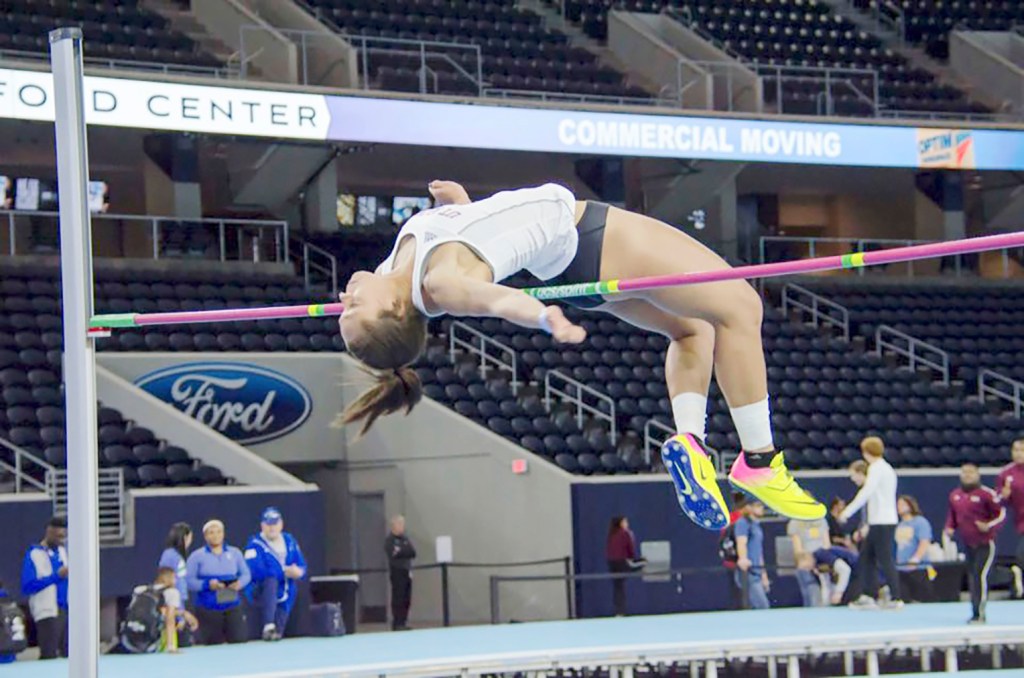 Courtesy Photo from Texas-Arlington UTA sophomore and Bridge City standout Alexus Henry has had a big track season for the Lady Mavs.

Henry showed her prowess in all of the events, including the high jump, shot put, long jump, hurdles and 800 meters.

Henry also had an amazing run as a freshman last year.

She Smashed the indoor school record in the high jump, clearing 5 feet, 11 1/2 inches during the pentathlon at the Sun Belt Conference Championship. Her mark surpassed her own record of 5 feet, 10 inches set earlier in the year, which had topped a 28-year-old school mark . Her 5-10 mark came in a runner-up showing at the Charlie Thomas Invitational … Placed fourth in the high jump at the Sun Belt Conference Championship (5-04.50)

Henry became the first female high jumper in UTA history to advance to the NCAA Championships and placed 17th at the national meet with a clearance of 5-08. She took fifth in the high jump at the NCAA West Preliminary Round with the second-best mark in school annals (5-10.75)  She was the league’s outdoor high jump champion by topping 5-07.75 .

In her days at Bridge City she won back-to-back state high jump titles at Bridge City as a junior and senior . She cleared 5 feet, 10 1/2 inches to set the Class 4A State record in 2015 and won the Class 3A crown in 2014 with a clearance of 5 feet, 8 inches She easily established the school record in the high jump by clearing 6 feet at the 2015 district meet.

Henry was a four-year starter in basketball and volleyball, and garnered all-district honors in three sports including All-Region III in basketball..She was the two-time Most Valuable Player on the All-Orange Leader Girls Basketball Team in both 2014 and 2015.