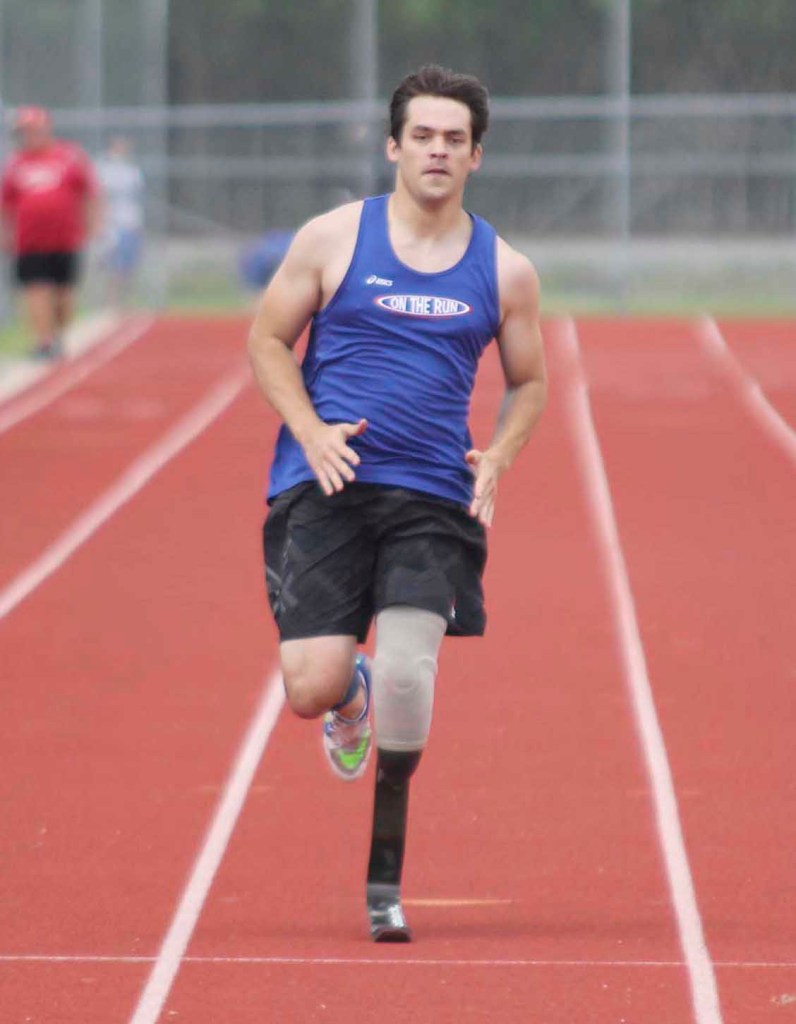 Vidor’s Anthony Quinn, 30, heads toward the final curve in running the 400 meters at WO-S High School Wednesday.  Quinn qualified by running the event in 63.38 seconds to qualify for the United States Paralympics National Championships. He had to run it in 65 seconds or less and accomplished the feat. When Quinn was three years old he was diagnosed with Osteosarcoma, which is a bone cancer that forced the amputation of his left leg at the age of four. The National Championships will be held June 2-6 in Los Angeles. Quinn’s ultimate goal is to compete in the 2020 Paraympics in Tokyo. 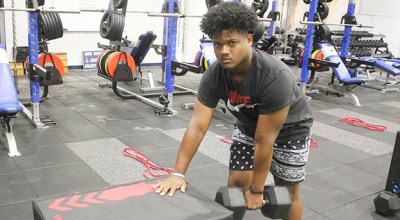