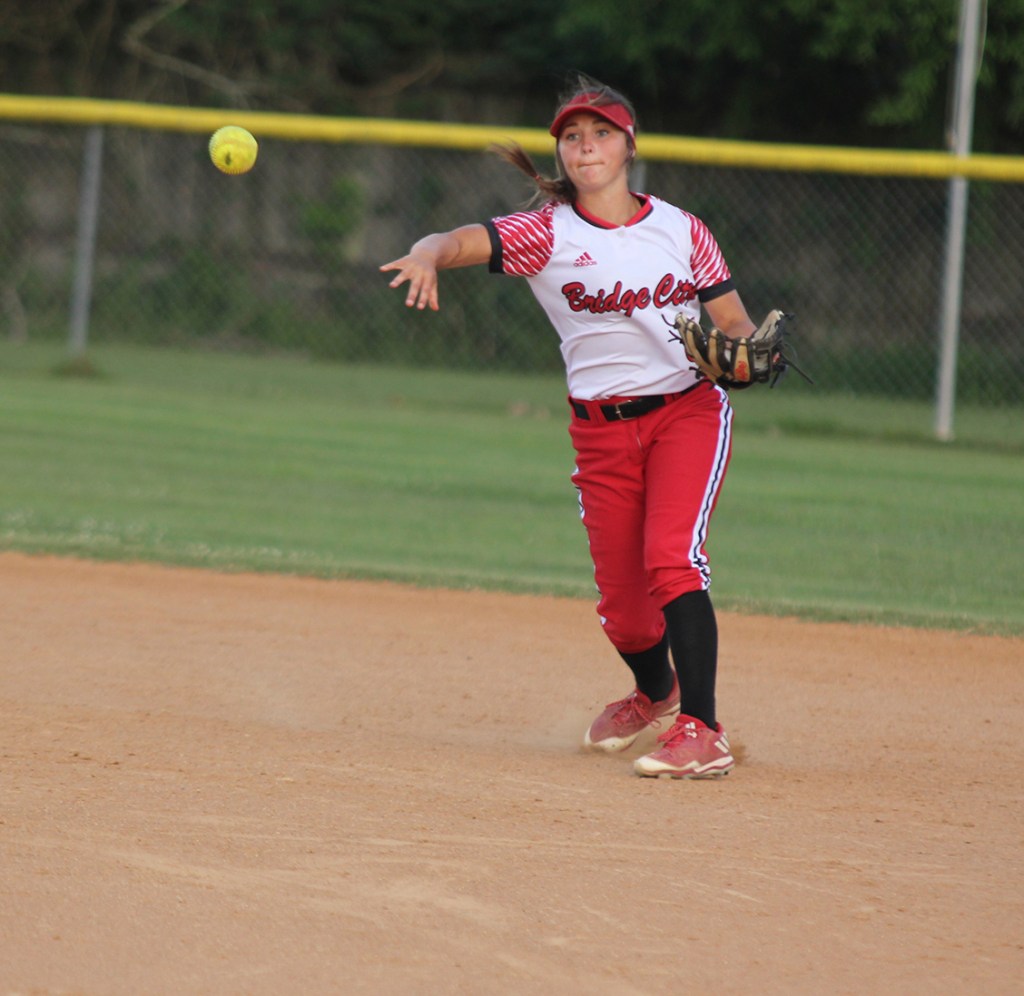 The Lady Cardinals wrapped up the season with a 9-1 22-4A mark and will take on Jasper, the fourth-place team out of District 21-4A, in the bidistrict round of the playoffs Thursday at 6:30 p.m. at Jasper High School.

The win was sound but also bittersweet for the Lady Cardinals as they lost the services of standout third baseman Caitlin Denison. Denison, who was 3-for-3 with four runs batted it, broke her right ankle trying to get to third base in the third inning.

The Lady Cardinals pounded out 13 hits against H-F (2-8 in district) pitching.

Wilbur had the big shot, a grand slam in a nine-run third inning.

After a scoreless first inning, the Lady Cardinals piled up 10 runs on seven hits in the bottom of the second.

Meagan Sourdellia got it going with a single to left. Jalynn Burch drew a one-out walk and Carley Simon roped a RBI single to center. Wilbur was hit by a pitch to load the bases and Kyndall Harrison brought in a run with a single past third.

Denison made it 5-0 with a three-run double to center and she later scored on a wild pitch. Black and Sourdellia both drew walks and scored off a Peyton trap two-run single to right. After Burch singled to right, the Lady Cards pulled a double steal with Trapp scoring and Aleah McClanahan capped the 10-run frame with a RBI double to left.

Wilbur opened the bottom of the third with a double to left and Harrison walked and Denison roped a RBI single up the middle. Black reached on an error as Harrison scored to make it 12-0. Sourdellia walked and Natalie Reed reached on an error and a Burch groundout scored a run. McClanahan would walk and Simon drew a bases-loaded walk to score another run before Wilbur crushed a pitch over the left centerfield fence for a grand slam.

Madison Ramsey had a double for H-F in the third and Katlyn Summers added a double in the fifth.