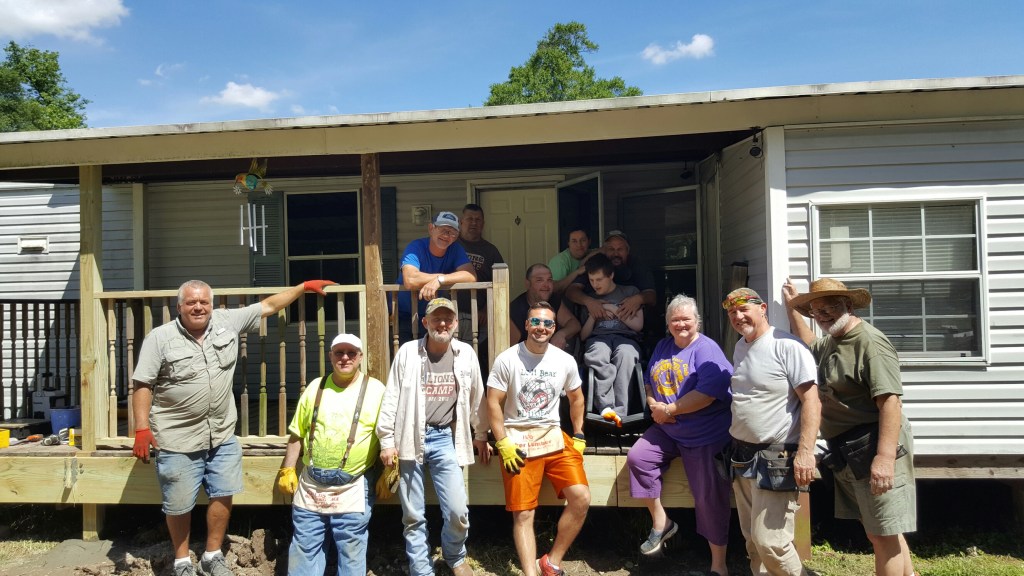 Phase II of the project includes leveling the porch of Cody’s home, build a covered ramp from the porch, site prep, set the grade and compact the base for the pavers. Phase III will be to lay the pavers and tamper them in with a vibrating plate.

So that you know a little bit about Cody Dunaway; he was born on January 7, 1999 and was diagnosed with Angelman Syndrome at the age of 2.

Angelman Syndrome is caused by a deletion or abnormal expression of the UBE3A gene. It is a rare, genetic and neurological disorder that causes severe developmental delays and learning disabilities; absence or near absence of speech; inability to coordinate voluntary movements of the arms and legs and a distinct behavioral pattern characterized by a happy disposition and unprovoked episodes of laughter and smiling.

Lion John Backer of the Orange Lions Club, approached the club with this service project and it was unanimously approved. Through Lion John’s leadership and direction, we have completed Phase I and are now in the process of completing Phase II.