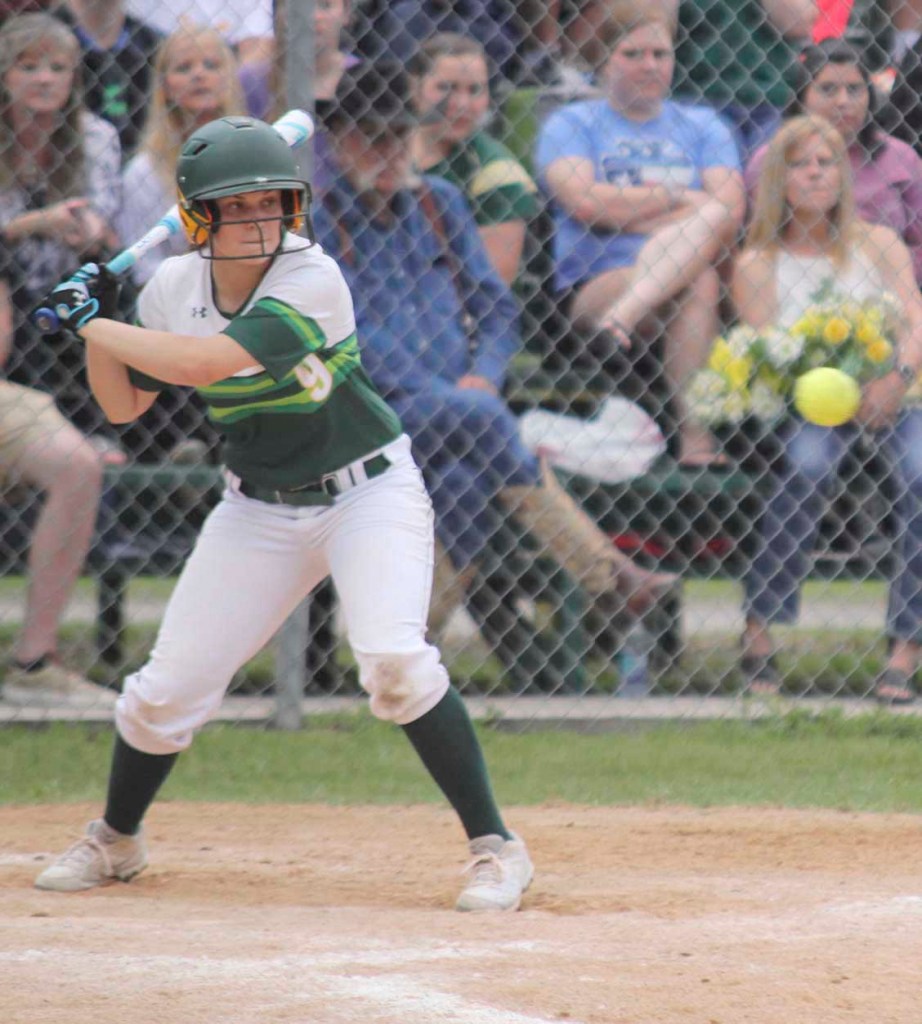 Leader Photo by Van Wade LC-M's Olivia Leavings stares down a ball that she roped for an RBI single in the first inning against Orangefield.

Brianna Frenzel earned the win on the hill for the Lady Bears as she scattered four hits while striking out nine and walking two in the complete-game shutout.

The win pushes the Lady Bears to 7-2 in 22-4A play as they will visit third-place Silsbee (6-3) Friday. A LC-M win Friday would secure the second-place playoff berth for LC-M.

The Lady Bobcats (4-5) will be in the playoffs as the fourth-place seed and will wrap up the regular season Friday at Home against West Orange-Stark.

The Lady Bears snagged a run in the bottom of the first. Morgan Weaver had a one-out single to left and Ashley Short had a two-out single to right and Renna Toomey singled to center to load the bases.

Olivia Leavings, who went 2-for-4, brought in Weaver with a single to left.

LC-M tallied a run in the bottom of the fourth.

Jaycie Perry reached on a one-out infield single, swiped second and went to third on a Joanna Henry sacrifice bunt and scored on a deep double to right centerfield by Madison Murdock.

The Lady Bears tacked on four runs on two hits and utilized four Orangefield errors in the bottom of the fifth.

Jenna James hit a fly ball to right that was dropped as Toomey scored.

With two outs, Henry, who was 2-for-3, stroked a RBI single to left and Murdock reached on an error at second as James scored to make it 6-0.

Kristin Broussard had a single for Orangefield in the top of the second and swiped second but was left stranded.

Jessica Metts had a single for the Lady Bobcats in the fourth inning but Orangefieldleft two runners on.

Faith Fregia had a leadoff single for Orangefield in the fifth, went to second on a wild pitch and two third on a Broussard sacrifice bunt but Frenzel got out of the jam by getting two straight outs.