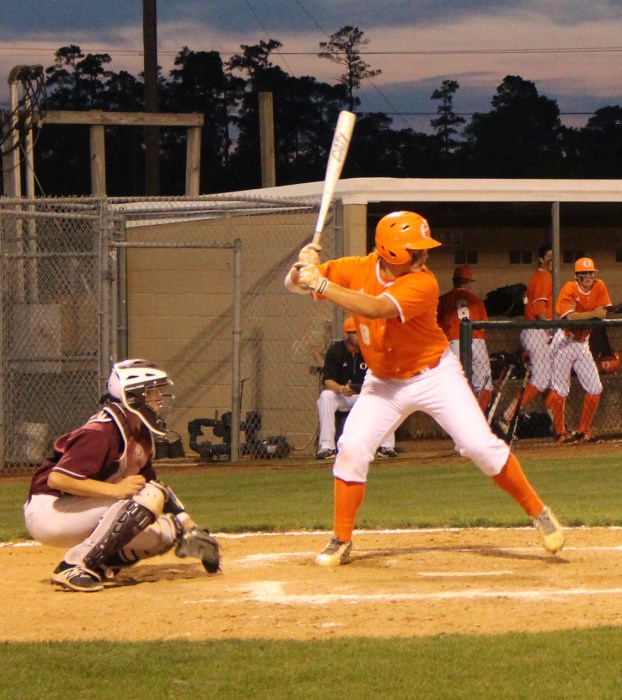 ORANGEFIELD — The Silsbee Tigers rolled past the Orangefield Bobcats in Orangefield Thursday night with a final of 9-0 in District 22-4A action.

Orangefield (12-6, 2-4) had a tough time finding runs this game as they threatened with runners on second and third in the second inning but couldn’t find runs out of it.

Silsbee (18-3, 5-1) was led by the hitter in the three hole Chase Partain who had a first inning two-run home run and another RBI in the top of the sixth inning.

For the Silsbee Tigers pitching staff, Noah Whited started the game and lasted all the way to the seventh inning giving up three hits with no runs allowed. Whited threw a complete-game shutout for the Tigers.

The Tigers from Silsbee start off hot with an early 2-0 lead in the first inning. Ethan Dunn got on with a single and Chase Partain brought him in quick and easy with a long home run shot to left field. Stubblefield gathered himself and finished out the side before any more harm was done.

Silsbee struck again but this time the run was unearned. Brady Scoggins got a single to shallow left and stole second base, Jackson Hardy moved him around to third after a single of his own. The next pitch the catcher Kent Micheal threw down to third but the ball sailed wide and Scoggins scored off the error. 3-0 Tigers in the bottom of the second.

Silsbee picked up a pair of runs in the third. Dunn started it off with a single, Partain drew a walk the next at bat, and Trevis Sundgren knocked them both in after a long double to the right field wall. The Tigers lead after three complete 5-0.

The Tigers added a pair of insurance runs in the top half of the seventh.

The Bobcats will look to bounce back at LC-M Tuesday while the Tigers take on Hamshire-Fannett.

BRIDGE CITY – In a game that showcased some of the best pitching talent in the Southeast Texas area, it... read more