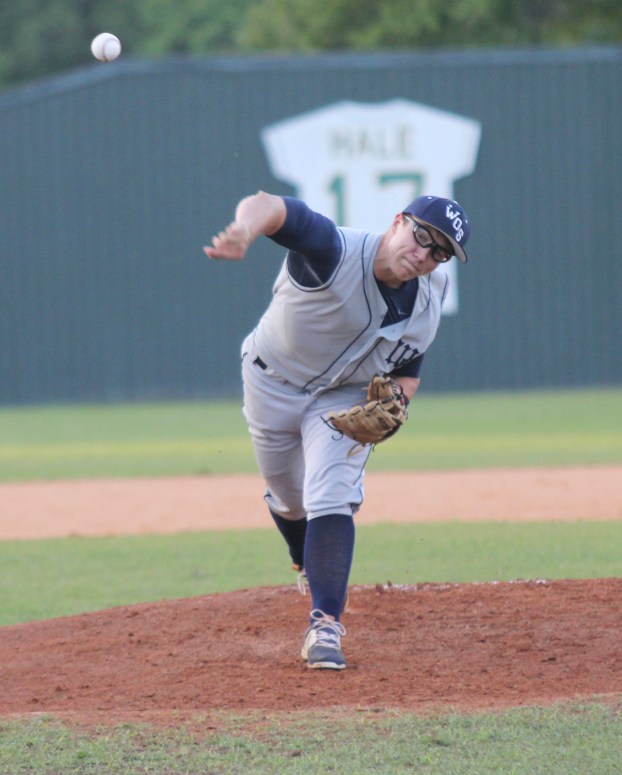 Dallas worked his magic throughout the night as he tossed a complete-game no-hitter as the Mustangs routed the Bears 9-0 at Gibbens Field to stay alone in first-place in the District 22-4A race.

The Bears (11-10, 1-5) simply had no answer against Dallas as he piled up 14 strikeouts. The Bears had just three baserunners on the night, one via a walk and two from Mustang errors.

The Mustangs scored three runs off LC-M starter Truman Franklin in the bottom of the second inning with just one hit.

Ryan Ragsdale drew a leadoff walk and swiped second and Tre Bernard would reach on an error and both runners advanced a base on a wild pitch.

With two outs, Kaleb Ramsey was intentionally walked to load the bases. However, Blake Robinson, batting ninth in the WO-S lineup, made the Bears pay when he ripped a two-run double down the third base line.

BB Tezeno drew a walk to load the bases again and Ramsey eventually scored when a pickoff attempt at second went astray for an error.

WO-S tallied their fourth run in the third.

Jack Dallas reached on an error at short, getting all the way to second base and he moved to third on a deep flyout to centerfield by Ragsdale and scored on a wild pitch.

The Mustangs tacked on five more runs in the sixth frame as the Bears used three pitchers in the frame.

WO-S would benefit from four straight walks with Tezeno getting a bases-loaded RBI walk to make it 5-0. KJ Miller was then hit by a pitch to bring in another run.

Jack Dallas would get a fielder’s choice RBI to plate Robinson, who had walked.

Miller raced in to score on a throwing error to make it 8-0 and Chad Dallas brought in brother Jack with an infield single. Chad Dallas finished 2-for-3.

Ragsdale had a two-out double to right for the Mustangs in the fifth.

The Mustangs return home Thursday to tangle with Hamshire-Fannett while the Bears will visit Bridge City.

LITTLE CYPRESS — The Little Cypress-Mauriceville Lady Bears made quick work of the West Orange-Stark Lady Mustangs with a 19-0... read more