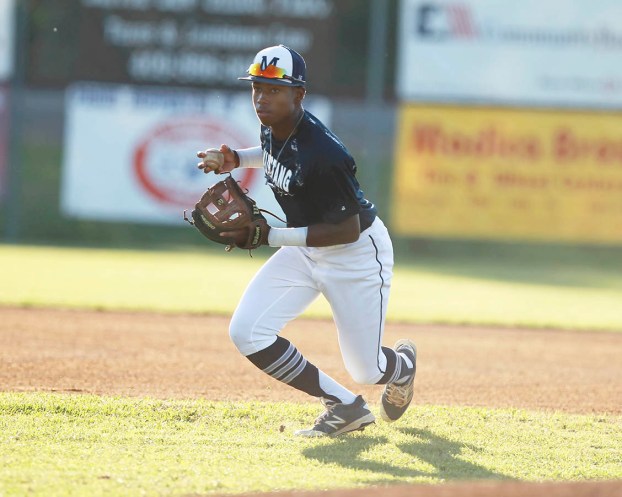 Mustangs rally to top Silsbee to move alone in first

WEST ORANGE – In a battle between the West Orange-Stark Mustangs and the Silsbee Tigers for the first-place spot to end the first half of District 22-4A play, the game was as good as advertised.

The Mustangs, however, came up with the final answer as senior KJ Miller roped a two-run double in the bottom of the sixth inning to propel the Mustangs to a 6-5 victory.

The game featured two “bulldogs” on the mound in WO-S ace and Lamar signee Jack Dallas and Silsbee’s Trevis Sundgren, who is going to Houston.

Dallas tossed 6 1/3 innings to nab the win. Dallas scatted six hits while fanning seven and walking three before leaving with one out in the seventh due to the 110-pitch count limit.

Ryan Ragsdale recorded the final two outs to net the save.

Sundgren worked 5 2/3 innings and threw 104 pitches as the Mustangs pounded out 10 hits. Sundgren struck out four and walked one.
The Mustangs (16-3, 5-0) got busy in the bottom of the sixth.
Kaleb Ramsey reached on a one-out infield single and with two outs, BB Tezeno did the same. Miller came through in the clutch, smashing a Sundgren offering deep to rightfield for the game-winning two-run double.
Silsbee (17-3, 4-1) put together four runs in the top of the second inning off four hits.
Sundgren had a leadoff single between short and second and Jacob Collins followed with a sharp single to left. Dallas struck out Spencer Uribe and Willie Jones. He then fanned Brady Scoggins, who ended up advancing to first to load the bases on a third-strike passed ball.
Jackson Hardy, No. 9 in the Tiger lineup, made the Mustangs pay with a two-run single to right. Leadoff hitter Paxton Bryan made it 4-0 when he slapped a two-run double to left.
The Mustangs scratched in a run in the bottom of the second.
Chad Dallas belted a deep one-out double to right and courtesy runner Jaron Morris zipped to third after a groundout by Tre Bernard. Te’ron Brown followed with a hard single up the middle to score Morris.
KJ Miller slapped a two-out single for the Mustangs in the bottom of the third.
The Mustangs knotted things up in the bottom of the fourth by netting four hits and taking advantage of a Tiger error.
Ryan Ragsdale led off the inning with a double to right-center. Chad Dallas then bunted but Ragsdale was thrown out at second as Dallas made it to first. Tre Bernard promptly reached on an infield single.
Courtesy runner Morris was able to get to third on a passed ball.
Brown came up big again, scoring Morris with an infield single. Kaleb Ramsey trimmed it to 4-3 with a RBI single to left.
The Mustangs tied it up when Tezeno sent a tough grounder to second baseman Hunter Palmer, who booted it as Brown rushed in to score.
The Tigers manufactured a go-ahead run in the top of the sixth.
Chase Partain stroked a leadoff single to center and went to second off a sacrifice bunt by Sundgren. Partain scotted to third on a wild pitch and Collins followed with a walk. Collins would then fall between first and second on a steal attempt, as the Mustangs where trying to pin Collins, Partain was able to come in to score as Collins
was eventually tagged out near first.

The Mustangs will visit LC-M Tuesday while the Tigers return home to host Bridge City.