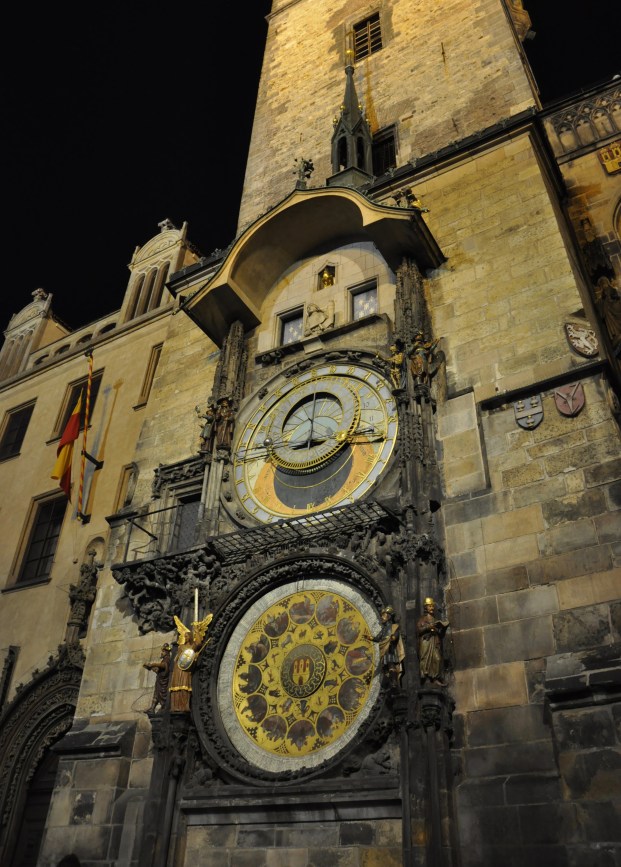 Meanwhile With Madeleine… In Prague

Hi there! I am a life-long Orangeite who is currently living in Paris. I am spending this year teaching English, improving my French, and exploring France (and some of its neighboring countries) before heading to college this fall. Keep reading to find out what’s been going on “Meanwhile With Madeleine.” Thanks for allowing me to share my adventures with you!

After a lovely weekend in Dublin, my mom, my brother, and I were excited to spend a few days in Prague, the capital of the Czech Republic.

Even just looking out of the taxi window on the way from the airport to our hotel, I was immediately overwhelmed by how beautiful the city was. Every street was cobblestoned, and every sidewalk was tiled with granite. Prague is often called “The City of 100 Spires,” but we were quickly informed that that nickname is misleading. The modern day estimate is closer to 500!

On our first night in Prague, we happened to walk by the city’s famous astronomical clock as it began to chime. We had no idea why there was such a huge crowd of people standing around until the show began. On the hour, statues of the twelve apostles processed by the two windows just above the clock itself as a golden skeleton appeared to be chiming the bells.

As a family, we generally tend to avoid guided tours when traveling. This time, however, we made an exception. There was so much we wanted to see and we found a tour that hit almost everything on our list. We had a knowledgeable tour guide, and I was glad to have someone to give us some background on what we were seeing. It was interesting to hear about the history of the Czech Republic from a local.

We went on a boat ride down the Vltava River and enjoyed walking around the city at night. Lots of people spoke English, and we found we were able to get around pretty easily.

We had a cup of hot chocolate so rich that when it cooled down we were able to turn it upside-down (Dairy Queen Blizzard style) without it spilling. We also tried “trdelník,” a common Czech street food. It’s made by wrapping dough around a pole and then cooking it over a fire. The result is a yummy spiral that can be served simply with a sprinkle of cinnamon and sugar or with other kinds of toppings. We shared one with chocolate and ice cream in the middle.

It was really special to be in Prague with my mom. Her grandfather’s family came to America from Czechoslovakia (before it split into the separate countries of the Czech Republic and Slovakia), and I’ve heard lots of stories about him over the years. I’m thankful to have had the opportunity to put some of those stories into context and experience part of my family’s heritage firsthand.

I absolutely loved this city, and I can’t wait to return one day. Until next time, Prague!

Community Christian School’s kindergarten through 12th grade students had the joy of participating in Super Fun Science Day.  Volunteers from around... read more