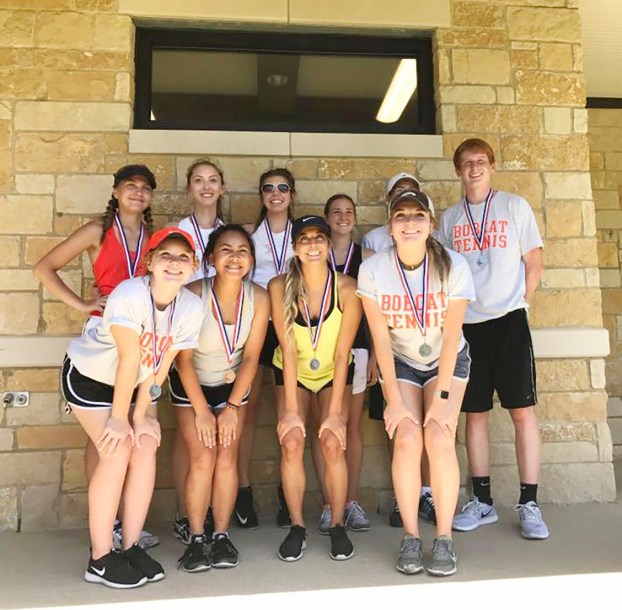 Courtesy Photo The Orangefield tennis team celebrates after big marks at the 22-4A Tennis Championships.

BEAUMONT —It was a banner day for the Orangefield Lady Bobcats Tennis Team Monday and Tuesday at the District 22-4A Tennis Championships.

All 10 Bobcat athletes that qualified for the finals medaled and the Lady Bobcats walked away with the team crown.

Dylan Williams and Evie Arceneaux finished second in mixed doubles and will be moving on to regionals which will be held Apr.17-18.

Paris Fregia will join her teammates at regionals after nabbing second in singles.

SILSBEE — It was quite the day at the field events portion of the District 22-4A Track & Field Championships... read more