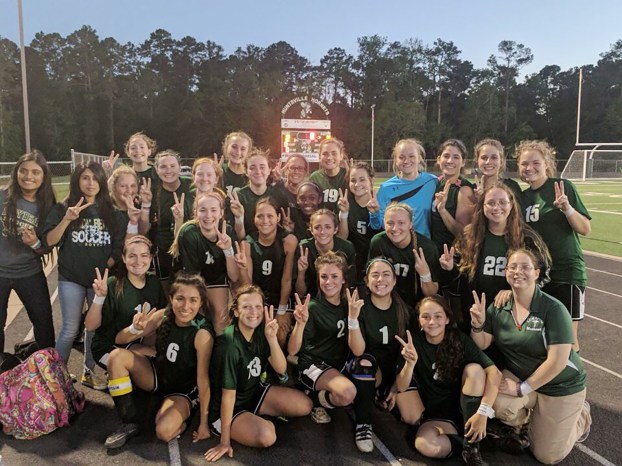 Kourtney Baldwin paced the Lady Bear offense with a pair of goals. Megan Brzezinski and Manuela Sanchez added the other two scores as the Lady Bears roll on.

The Lady Bears will now move on to face the Bay City Lady Blackcats in the regional semifinals Friday at A&M Consolidated.

Also advancing to the regional semifinals are the Jasper Lady Bulldogs, who defeated the Hamshire-Fannett Lady Longhorns 4-1 Tuesday. Jasper will face either Brazosport or Bellville at A&M Consolidated in their regional semifinal matchup Friday.

LCM Lady Bears Soccer team came from behind to beat the undefeated Lorena Leopards in round two of the UIL 4A State Playoffs last week. The Lady Bears were down 2-0 early but scored late in the half to send the score to 2-1 at half-time. LCM came out ready to prove they have what takes in the second half by scoring 2 unanswered goals putting the Lady Bears in the lead at 3-2.  The Leopards fought hard, but couldn’t keep their undefeated season intact.

BEAUMONT —It was a banner day for the Orangefield Lady Bobcats Tennis Team Monday and Tuesday at the District 22-4A... read more