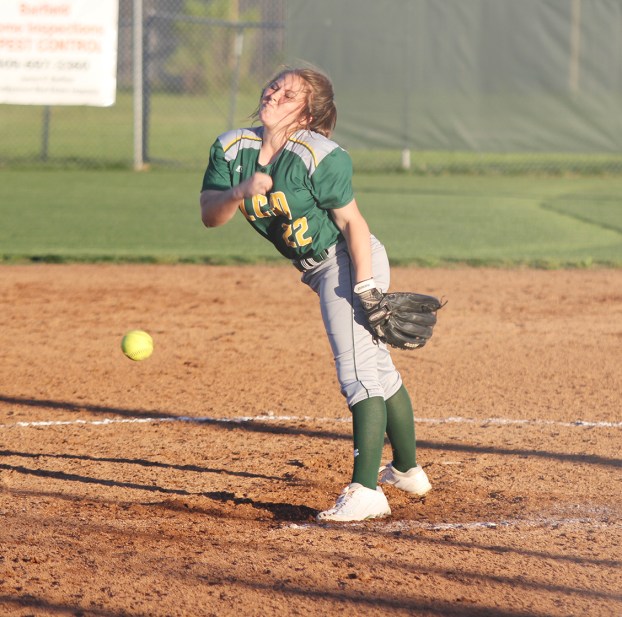 ORANGEFIELD — Getting a complete-game shutout on the mound from Brianna Frenzel and piling up 13 hits, the Little Cypress-Mauriceville lady Bears improved to 3-1 in District 22-4A softball play by downing Orangefield 5-0 at Lady Bobcat Field Friday night.

Frenzel scattered six hits to the Lady Bobcats (2-2 in district) while striking out 10 and walking one.

Renna Toomey and Jenna James led the Lady Bears at the plate, both going 3-for-4 while Madison Murdock was 2-for-3 and Ashley Short 2-for-4.

Kaylee Ancelot tossed the whole game for the Lady Bobcats and struck out two with no walks and allowed 13 hits.

Kristin Broussard paced the Lady Bobcats at the plate, going 2-for-3.

The Lady Bears snagged a pair of runs in the top of the second off four hits.

Toomey had a one-out single past third and James followed with a double to right. Jonee’ Villanueva plated Toomey with a RBI groundout to short and Joanna Henry scored James with a single to left.

LC-M tacked on their other three runs in the top half of the fifth.

Morgan Weaver had a leadoff single to right and Short ripped a one-out double to right.

Weaver raced in to score on a sacrifice fly to left by Olivia Leavings.

Toomey made it 4-0 when she cranked a RBI double to left-center and James increased it to 5-0 with a deep single to left to plate Toomey.

Orangefield’s first hit came in the third when Broussard had a leadoff infield single. Autumn Frost belted a deep double to left but Broussard was tagged out at third.

The Lady Bobcats loaded the bases in the bottom of the seventh after Tiffany Cianaglione doubled to center, Jessica Metts drew a walk and Faith Fregia singled to shallow center but Frenzel got out of the jam with a pop fly out and a groundout.

Both teams return to action Tuesday when the Lady Bears play host to Silsbee and Orangefield visits West Orange-Stark.

BRIDGE CITY — The Bridge City Lady Cardinals pounded out a 19-0 victory over the West Orange-Stark Lady Mustangs in... read more