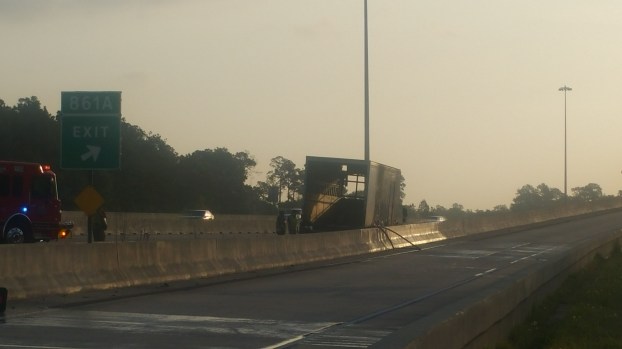 I-10 westbound closed in Vidor due to 18-wheeler fire

According to Vidor police chief Rod Carroll, Vidor Police Department and Orange County ESD 1 received a call at 6:20 a.m. in reference to a 18 wheeler fire.

Upon arrival on scene the officer found a 18 wheeler fully engulfed in flames with the saddle tanks ruptured. The driver was able to escape the vehicle safely, but suffered smoke inhalation.

The driver was evaluated by Acadian Ambulance personnel and transported to St. Elizabeth Hospital in Beaumont.

Chief Carrol States that this was a Hazmat fire and due to those stipulations the interstate will be closed for a undetermined amount of time.

Drivers should use alternative routes traveling east bound at this time.

TxDOT is on scene assessing the cleanup process but is also waiting for the state E.P.A. to arrive.