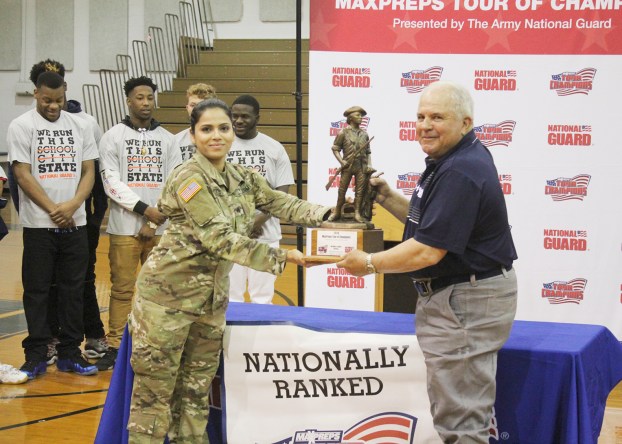 The Mustangs were named one of the best teams in the nation by The MaxPreps Tour of Champions and the Army National Guard.

The Mustangs completed a perfect 16-0 season when they strolled past Sweetwater 24-6 in the State Championship Game in Arlington last December.

“Anytime you can keep the name West Orange-Stark in front of people, it’s a great honor,” said Mustang coach Cornel Thompson. “Any notoriety that comes our way is outstanding.”

“Each fall, over sixteen thousand varsity football teams take the field in hopes of being champions,” said Andy Beal, president and founder of MaxPreps. “The MaxPreps Tour of Champions and the Army National Guard honor the most outstanding teams in the nation for their state championship performance and elite national ranking. Congratulations to the West Orange-Stark players, coaches and fans for an amazing year and for earning the Army National Guard’s national rankings trophy.”

The Mustangs finished ranked No. 74 in the nation for all classifications.

MaxPreps Computer Rankings are used to determine team rank for the Tour of Champions.