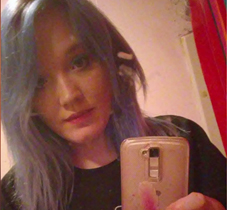 Robert Hand 52, said he did not pull the trigger on the gun. He explains he picked up the handgun to make sure it was not loaded before they left their home. He said the gun suddenly discharged and a bullet hit his wife, Megan Smith, 25, in the back.

“After the gun discharged, she was sitting on the bed and she just fell back and I stayed with her,” said Hand. “I held on to her and tried to keep her alert, I didn’t know what else to do” said Hand.

Moments later the City of Orange Police received the 911 that someone had be shot.

Police do not believe the shooting was the result of a domestic disturbance or done out of anger but may have been accidental and done without intent to harm according to Captain Robert Enmon of the Orange Police Department.

In a press release from Captain Enmon, Smith was shot with a small caliber handgun.

He said police have spoken to several witnesses who were also inside the home at the time.

“Guns are not toys and one should always treat a gun as if it were loaded” Captain Enmon stated. “Never pull a trigger on something you do not want to destroy.”

Hand pleads this is a mistaken accident he will never forget. Now he is dealing with how to tell the kids where mom is, because the ask everyday now.

The couple has been together for 7 years. They have two kids together, 3 year-old Rylan and 2 year-old Skyla, who have no idea what happened. They were in the resident at the time of shooting but they were in a different room.

The case is also under investigation by Child Protective Services.

Searching for information on Shea