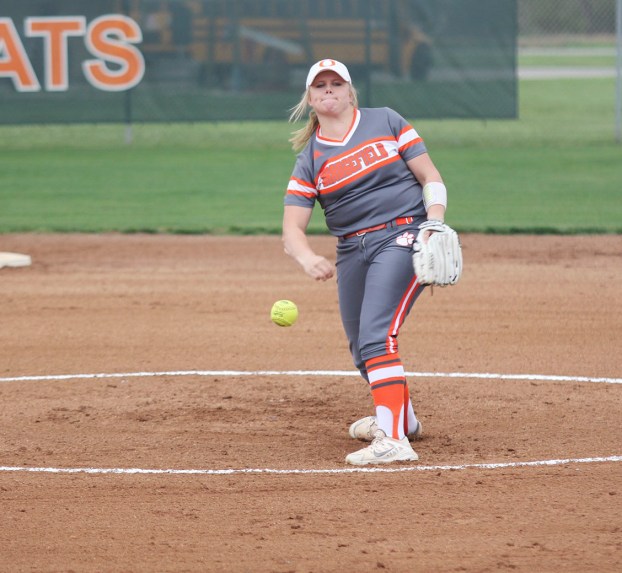 The Lady Falcons (7-8-3) put together 10 hits and were able to pull away with a three-run fifth inning.

Kaylee Ancelot was 2-for-3 for the Lady Bobcats (8-7) and belted a two-run home run in the fifth inning. Kinley Gipson was 2-for-3 and Jessica Metts had a RBI single.

Huffman’s Katy Janes earned the win on the mound, scattering five hits while striking out six and walking three.

Ancelot absorbed the loss for Orangefield. She went the distance, allowing 10 hits while fanning five and walking one.

The Lady Falcons went up 1-0 in the top of the second when Janes hit a leadoff home run over the leftfield fence.

Huffman snagged a pair of runs in the top of the third when Devyn Yanello roped a two-run double to right-center.

The Lady Falcons made it 4-0 in the fourth after Alli Humphries drove in a run with a RBI single.

Huffman was able to snare a 7-0 cushion in the top half of the fifth.

Yanello and Janes had back-to-back singles and Alison Hernandez stroked a two-run double to left. Gabby Forlini made it 7-0 with a RBI single to center.

The Lady Bobcats snagged two runs in the bottom of the fifth.

Kristin Broussard drew a two-out walk and Ancelot countered with a two-run home run blast of a Janes offering, planting it just over the centerfield fence.

Orangefield tacked on a run in the sixth. Tiffany Ciancaglione had a two-out single to right, went to second on a passed ball and scored off a Metts single to right center.

The Lady Bobcats will host Jasper at 2 p.m. Tuesday.

The Lady Bobcats cruised to a 14-0 victory in five innings over the Sabine Pass Lady Sharks Wednesday.

Kaylee Ancelot nabbed the win on the hill, going five innings and allowing just one hit while fanning nine.