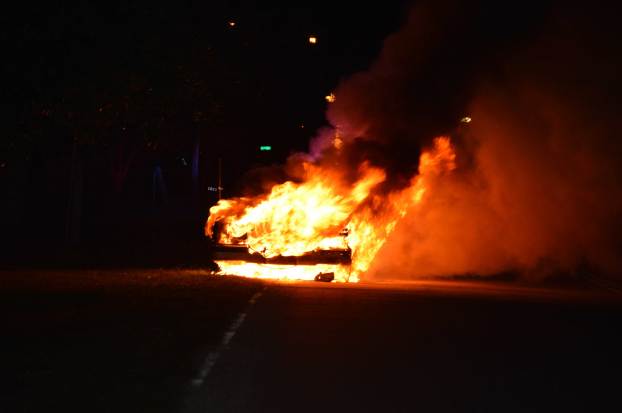 Shortly after 7 p.m., Friday night, the West Orange Fire Department responded to a vehicle fire at the 1700 block of Western Ave. in West Orange.

First unit on scene was Captain Demetrius Hunter who found the car to be fully involved in flames.

Hunter requested mutual aid from Pinehurst Fire Department and the fire was extinguished in minutes.

The fire appears to be caused by some type of electrical malfunction.

The driver was able to escape the fire unharmed.

Special to The Leader BEAUMONT – Junior Achievement of the Golden Triangle (JA) hosted over 160 high school students and... read more