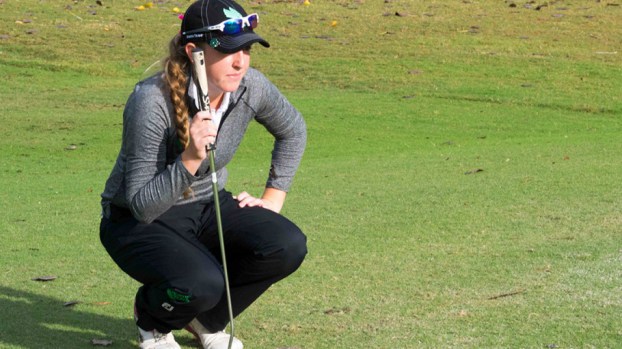 THE WOODLANDS, Texas – Freshman Lauren Cox set a career and team-low 1-under 71 for the Mean Green on the final day of action from The Dickson at the The Woodlands Country Club. She concluded the tournament at 8-over par, and tied for 40th. Sophomore Sol Lee finished tied for 20th, at 3-over for the tournament as North Texas placed 15th overall at 45-over.

“I’m satisfied overall with our scores,” head coach Michael Akers said. “Obviously this field was very difficult and it is always tough to compete against these upper-echelon teams. We are showing improvement and I was real impressed with Lauren Cox’s round of 1-under par. We are looking for people to step up and play at Sol’s [Lee] level and that was a very strong showing from a freshman.”

Cox had her best round by four strokes, birdieing three times Tuesday, including back-to-back birdies on No. 12 and No. 13 to climb into a tie for 40th.

Lee posted a 2-over 74 Tuesaday to finish 3-over overall and tie for 20th place individually. The sophomore birdied twice on the final day, on the 16th and 17th holes, respectively.

North Texas returns to action for The MountainView in Tucson, Arizona on Friday, March 10 and wrapping up Saturday, March 11.