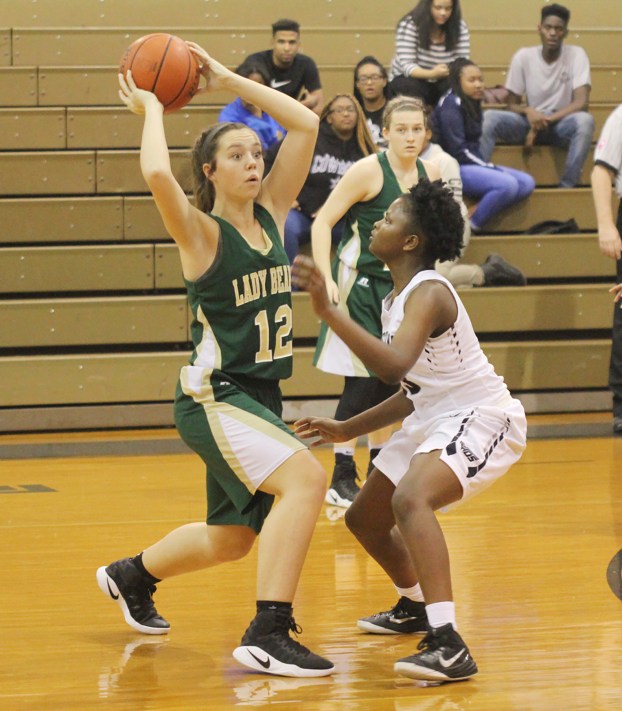 There was certainly a youth movement for Orange-area girls basketball this season.

However, it did not stop the young ladies from having an excellent season.

Three teams punched their tickets to the bidistrict round of the Class 4A Region III playoffs.

Without a doubt, the District 22-4A girls basketball race was fun to watch. Teams across the board were evenly matched.

The Silsbee Lady Tigers strolled to as perfect 10-0 mark in 22-4A play.

The Orangefield Lady Bobcats, despite losing seven seniors off last year’s squad, stormed to a second-place finish behind the direction of second-year coach Jennifer Willis.

The Lady Bobcats notched 7-3 22-4A mark and fell just short to Huntington in the bidistrict round.

The Lady Bobcats came the closest to downing the champion Lady Tigers, just barely getting nipped at home by Silsbee 72-68.

The Little Cypress-Mauriceville Lady Bears advanced to the playoffs for the third straight year under head coach Linda Riddick as the Lady Bears squeezed into the fourth-place playoff berth.

The Bridge City Lady Cardinals came on strong in the second half of 22-4A play to snag the third-place spot.

The West Orange-Stark Lady Mustangs played hard but were bit by the “injury bug”, especially in 22-4A play.

All-in-all, it was a fun district to watch. What should be even more interesting is to catch all the action next year as most of the schools will have their lineups back intact.

It wasn’t easy picking the Most Valuable Player because so many deserve the honor. However, this year’s MVP goes to LC-M Lady Bear Alyssa McKellar.

McKellar had the rare feat of averaging a double-double. She poured in 12 points a game, snared 10 rebounds a game and also averaged 1.3 blocks and a steal a game.

PALESTINE — The Little Cypress-Mauriceville Bears nabbed a pair of wins to open the season at the Palestine Tournament. The... read more