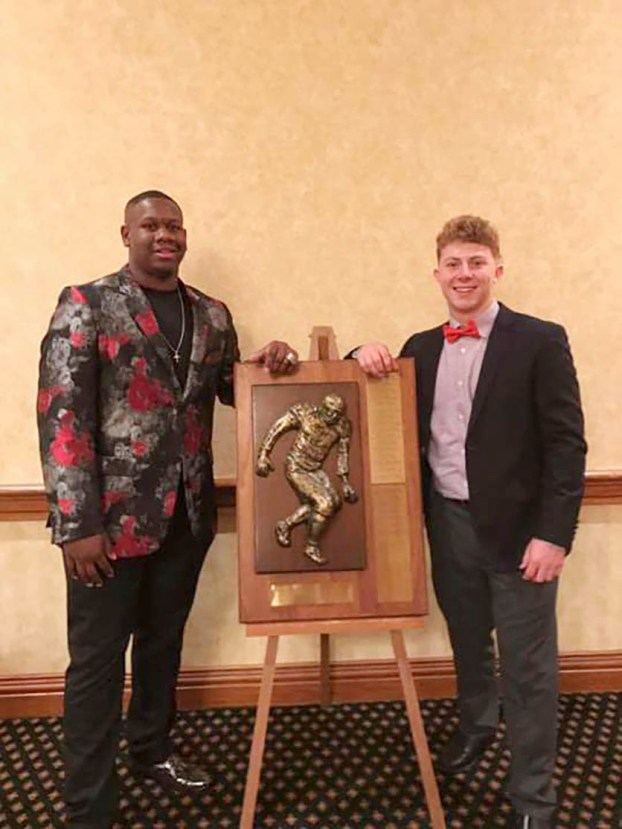 Vincent had eight interceptions, two going back for TDs for the Titans as he won the Defensive Award. Vincent signed to play for Louisiana State University.

Both played huge roles in leading the Mustangs (16-0) to the Class 4A Division II State Championship this past season in which WO-S hammered out a 24-6 victory against Sweetwater.

Dallas completed 142-of-239 passes for 2,402 yards and tossed 38 touchdowns with just eight interceptions. He also rushed for 11 scores.

Meanwhile, Joseph terrorized opposing offenses. Joseph put together 156 tackles, 26 for losses and had nine sacks. Joseph was part of a defense that notched eight shutouts and only allowed 125.4 yards a game.

LeJeune notched 150 tackles, 41 for lossees including 14 sacks. Henson made 67 tackles and had three interceptions and three fumble recoveries for the Bruins.

The Smith Awards is considered Southeast Texas’ Heisman Trophy. It was created in 1992 and first given out in 1993.

Players are first nominated by their coaches and then members of the media vote for their top four players in each category. Media winners then vote for one winner on each side of the ball.

Here are the past Willie Ray Smith Award winners:

Here is the All-District 22-4A Girls Basketball Team as selected by the 22-4A head coaches: MOST VALUABLEPLAYER: Simone Carmenar, Silsbee... read more