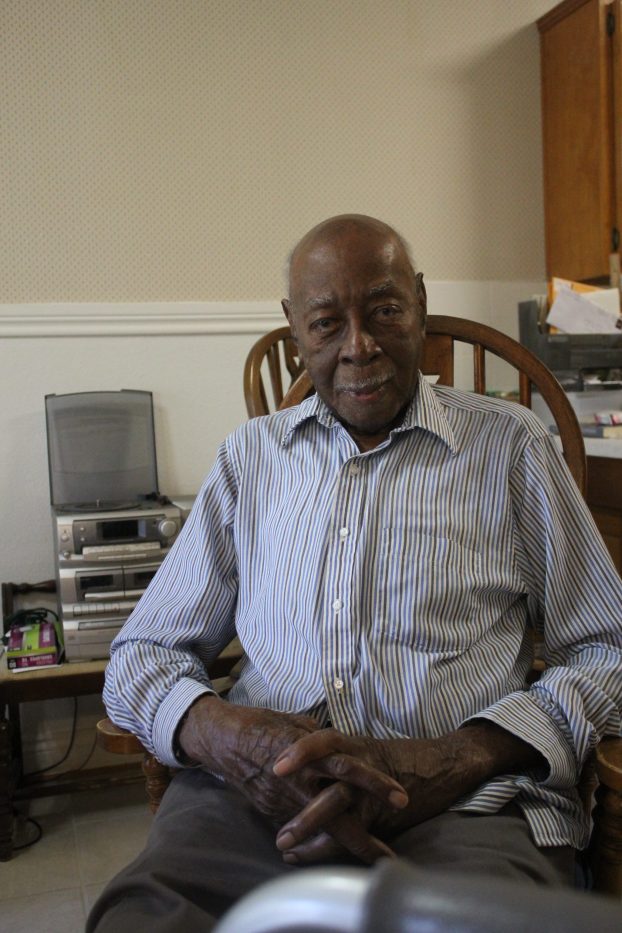 “I taught school for a year in Jasper,” Price said. “My wife is from Orange, so we moved to Orange.”

School teacher, postal worker, real estate agent, are just a few titles Price has had over the years. He is also owner of Geter Funeral Home which open in 1976.

“Things do not look the same in Orange,” Price said. “When I moved here it was during the shipbuilding days. It was a time of prosperity.”

Price said there were so many people in Orange and not enough housing.

“They had no place to stay,” Price said.

He worked for the Orange Post Office and walked his route of delivering mail to area residents.

“I know I must have walked enough to walk around the world at least once while delivering mail,” Price laughed.

He also worked for Dal Sasso Realty for 20 years as a real estate sales man.

“When I started, real estate was really good,” Price said. “It changed when unemployment changed.”

As times changed and modern conveniences became more affordable for the average person, an aunt gave Price and his wife a washing machine.

“I knew nothing about one until my Aunt gave it to us,” Price said. “It would shake the whole house. My wife would hang the clothes on the clothes line.”

Price said he did his “civil service for the city of Orange.’

He served on the board for the Housing Authority, and was City Councilman for six years and on the Home Health Board for 35 years.

He also served his church as Decon, trustee and taught Sunday school at Mt. Sinai Missionary Baptist Church in Orange.

“If I could give advice to the younger people,” Price said. “I would tell them to seriously think about what is going on and what kind of live do they want to live and to make a contribution to the town.”

Serving on boards and the council were ways Price contributed to make Orange a better place.