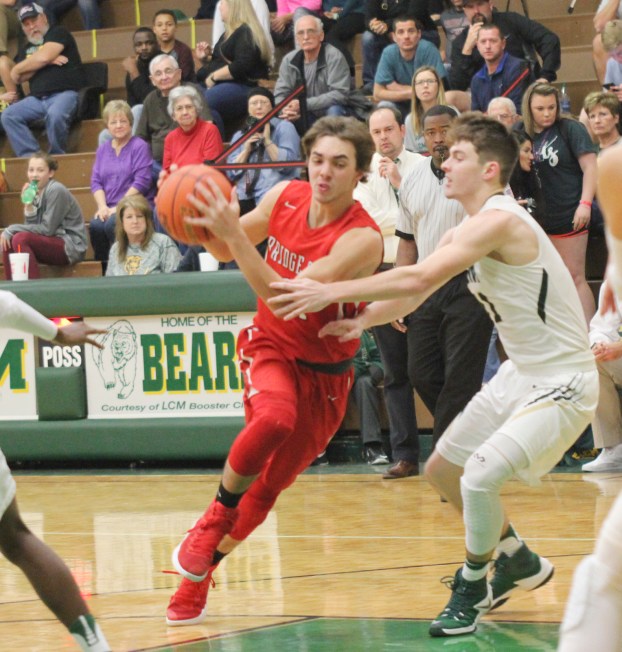 Bears stymie Cardinals at The Cave

The Bears controlled the ball and the clock throughout most of the first quarter and led 7-2 at the end of the period and led throughout the entire game as the Cardinals were continuously tried to play catchup.

Katon Brown had another double-double for the Bears, scoring 12 points while snagging a game-high 10 rebounds.

Bear point guard Ayson Simmons had another solid outing running the show as he picked up a game-high 14 points and added six boards.

Keegan Sonnier had a big three-pointer near the end of the first period to put the Bears up 7-2. Sonnier finished with seven points. Romero had the only bucket for Bridge City in the quarter.as the teams combined for 14 turnovers in the first eight minutes.

The second half was basically a stalemate. The Bears built a 10-point lead at 25-15 but the Cardinals scrapped back to trail 33-25 entering the final period.

Jacolven Provost had four points for the Bears in the quarter and finished with seven points and seven boards.

The Cardinals stayed in it with Romero having a big final period. Romero had eight of his points in the quarter and got the Cardinals to within 37-31 midway through it.

The Bears, however, were able to convert some big free-throws down the stretch, including a 4-for-4 effort by Simmons, to hold the Cardinals at bay.

The Bears finished with a 30-25 rebounding edge.

LC-M went 11-of-17 from the free-throw line while the Cardinals converted just 5-of-12.

The Bears will visit Orangefield Friday while the Cardinals return home to face West Orange-Stark.