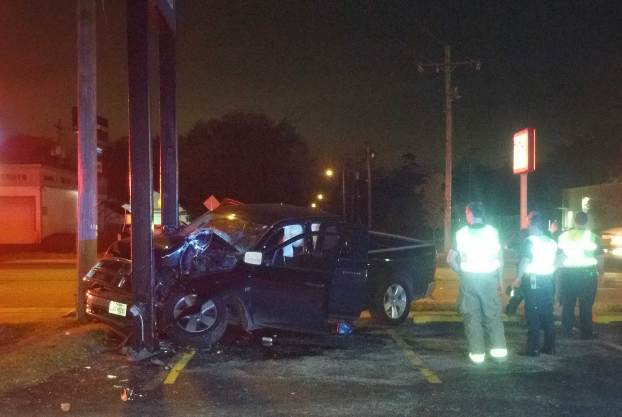 According to Orange Police Department, a Dodge Ram truck was traveling Southbound in the 1300 block of 16th street in Orange about 8:45 Tuesday evening. The truck lost control and crashed into the Sherwin Williams sign, and became stuck underneath the sign.

The driver of the truck was unconscious when first responders arrived but regained consciousness before being transported to a local hospital by Acadian.

The driver did not suffer severe injuries.

It is unclear at this time at what caused the crash. This is an ongoing crash investigation until officers are able to speak with the driver.