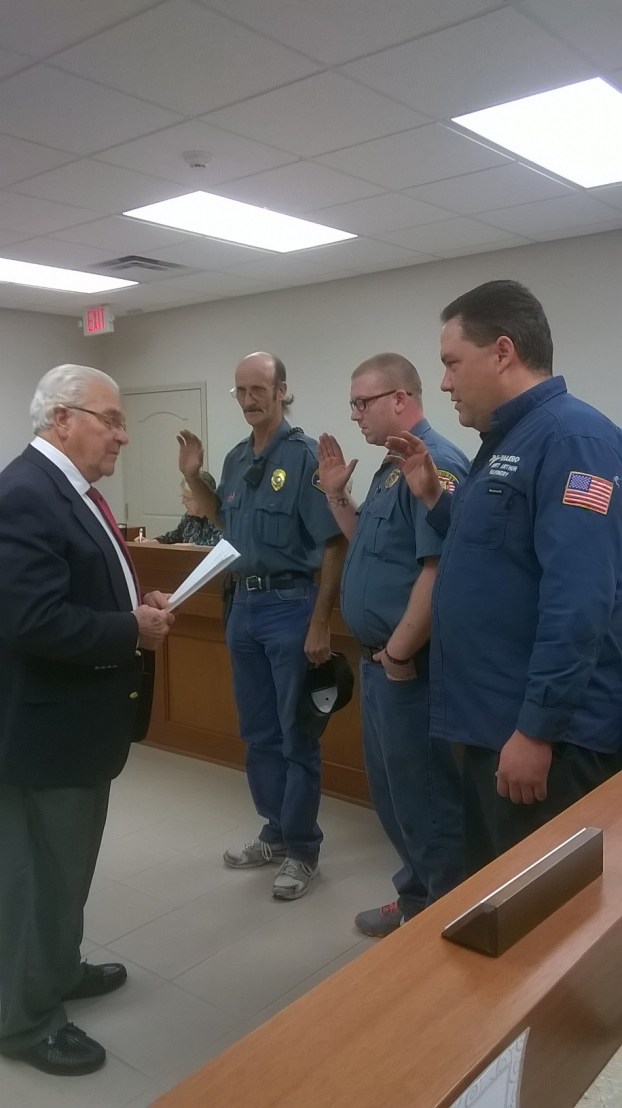 The city of Pinehurst City Council approved a resolution supporting the formation of the Orange County, Texas Hospital District Tuesday.

“We are at a crossroads for health care in Orange County,” said Robbie Hood, City Administrator of Pinehurst.

Hood introduced the agenda item and welcomed Orange City manager Dr. Shawn Oubre to the meeting who presented information on the formation of Hospital Districts to the council.

“The county can support and does need a hospital,” said Oubre.

Oubre, Hood, Jay Trahan, City of Orange, Assistant City Manager and Director of Economic Development and Jessica Hill, Orange County Economic Development Corporation Executive Director, will travel to Liberty Texas this week to gather information. According to The Vindicator, a newspaper publishing in Liberty County, Liberty County Hospital District No. 1 has been helping patients since March 1, 2006.

Hood explained that the situation in Liberty County is similar to Orange County. Citizens were compelled to go outside the county when in need of hospital services. The formation of the hospital district has provided a viable local option.

A number of steps must be taken to establish a hospital district in Orange County. The final approval will come from Orange County voters. The earliest that election can be held will be later this year in November. The State of Texas must also consider and approve the measure before the local election. The state legislature is currently in a regular session but is limited to 140 days. This allows for a very short time window. Oubre and many others are fanning out around the county to address municipalities, agencies and industry representatives seeking support to expedite the request to the state legislature this term. They will not meet again until January 2019.

After the floor was opened for discussion Councilmen T.W. Permenter questioned why has it taken so long to start this process.

“This is a big undertaking,” said Oubre. “I wish we were further along in the process.” He went on to explain that this option has not always been the best to pursue. Other options have not produced the desired results. Among the benefits of a hospital district are the variety of funding options that can be combined including federal grants, private funds and local taxes. The health care industry has made many changes in the manner in which it delivers care. It is important to take that into consideration as the county moves forward. Location convenient to all county residents is important.

Orange County has taken over the lead in pursuit of the hospital district since it is a countywide initiative.

Code Enforcement Officer Harry Vine, for the city is asking residents to avoid draining their property into the city’s wastewater system. He explained there is a detrimental impact on the sewer system and creates undue expense. It is recommended that residents patiently allow drainage of their property to occur.

“I am very excited about the possibilities for 2017,” said Vine. “There are a number of businesses considering locating in Pinehurst this year.”

He also reported that Wienerschnitzel would be remodeled and reopened. A date has yet to be announced.

The Council approved a proclamation honoring the West Orange-Stark Mustang Varsity Football Team for its state championship. Coach Cornell Thompson accepted on behalf of this team. Jack and Chad Dallas joined Thompson to accept. Thompson explained that many of the players were involved in a basketball game and unable to attend.

The Texas Dance Educator’s Association Convention was held in The Woodlands on January 4-7.  Each director attending the convention took... read more