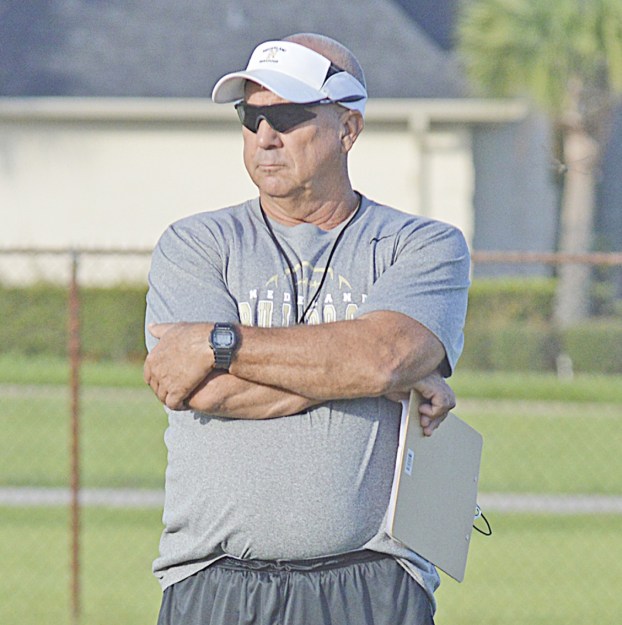 The longest actively serving head football coach in Jefferson County will retire at the end of the month.

Coach Neumann’s efforts both on and off the field, have helped create a tradition of excellence and generated an incredible amount of pride for the entire Nederland community. He has left a lasting legacy and he will be missed.

“Larry Neumann has achieved an unprecedented level of success as the Athletic Director and Head Football Coach for Nederland ISD,” it was written in the release sent from the office of Superintendent Robin Perez. “… Each sport has grown and been successful under his leadership. Coach Neumann has left a positive, lasting impact on the lives of thousands of students and young men. He is a mentor, a role model, a teacher and an outstanding example of leadership and humility.”

It was noted in the release Nederland reached the University Interscholastic League playoffs in 22 of Neumann’s 24 seasons. Nederland actually made the playoffs 20 times under Neumann, missing it in 1994, 1995, 2007 and 2016.

Neumann, in the release, he thanked the NISD board of trustees, superintendent and administration, staff, students, parents and community for their commitment and support of the athletic programs.

A source close to the team said that Neumann told his assistant coaches he would retire Monday morning before tendering his letter of retirement to the NISD administration office. Students were not in class Monday, and Neumann had not yet addressed his retirement with student-athletes.

Neumann has been Nederland’s head coach since 1993, after spending more than a decade at Port Arthur’s Thomas Jefferson High as an assistant coach and defensive coordinator. He had led the Bulldogs to at least a share of a district championship for five years in a row (2011-15) and won a total of eight district titles. Three of them (2011-13) were outright.

Seven of Neumann’s teams at Nederland won 10 or more games. Before his arrival, Nederland had five winning seasons since 1925, the first season on record. His winningest season came in 2012, when Nederland finished 12-2 and reached the regional final, or state quarterfinals.

The team that went the furthest, however, was his 2001 squad that reached the state semifinals and finished 11-3.

Nederland entered the 2016 season with expectations of another playoff berth, but injuries at key skill positions proved costly to the Bulldogs. They struggled out of the gate with a 42-0 road loss at eventual 4A Division II state champion West Orange-Stark and a 24-23 home loss to Dayton.

Neumann and the Bulldogs ran into controversy surrounding a 51-9 home win over Livingston on Sept. 9, their third game of the season. The District 22-5A executive committee on Oct. 5 ruled that Nederland had to forfeit that league victory because it used an ineligible player.

A parent residence waiver request from the team on junior quarterback Kevin Laday had been denied. Laday, a transfer from Port Arthur Memorial, started that game and also played against Dayton, but was ruled ineligible for the season.

Nederland suffered three more defeats, one of them a 29-28 overtime decision at home to Vidor that marked the first time since the early 1980s the Pirates won at Bulldog Stadium. Nederland finished 4-6 and 4-4 in 22-5A, ending in a three-way tie for fourth, but Central advanced to the playoffs because it won a tiebreaker over Nederland and Livingston.

Port Neches-Groves, Memorial and Vidor, each of whom beat Nederland, shared the district title.

The district added that search for Neumann’s replacement will begin immediately.

“It is extremely important to carry on the proud tradition of the Nederland Bulldogs and continue to build on the success created by Coach Neumann.”