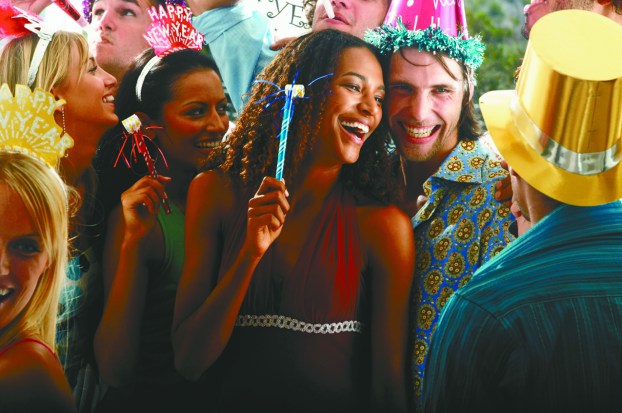 New Year’s Eve is one of the most festive nights of the year. Many people spend the final moments of the year celebrating with family and friends. As joyous as such celebrations tend to be, it’s important that New Year’s revelers keep certain safety precautions in mind when celebrating the end of one year and the dawn of the next.

• Arrange for transportation in advance. According to the National Highway Traffic Safety Administration, an average of 304 people die in drunk-driving crashes in the days surrounding Christmas and New Year’s Eve each year. Before heading out on New Year’s Eve, celebrants should ensure their safety by arranging for transportation to and from the festivities. Choose a designated driver to drive throughout the night, or agree to utilize a taxi or shuttle service if everyone plans to consume alcohol. Men and women who volunteer to be designated drivers should be especially alert on the roadways, preparing to drive in potentially inclement weather and being on the lookout for fellow motorists who might be driving erratically. If possible, take public transportation to and from the festivities so no one is tempted to drive after consuming alcohol.

• Pick a meetup spot in case anyone gets separated from the group. New Year’s Eve celebrations in public places such as bars, clubs or town squares tend to become crowded as midnight draws near. It’s easy for groups of friends or family to be separated, so choose a meetup spot where everyone can gather after the ball drops. Choose a spot that’s well lit and easily accessible to all, and confirm the location of the meetup spot via a group text message before heading out for the night.

• Stay sober. Many people feel pressured to overindulge with alcohol on New Year’s Eve, but men and women should be responsible with regard to their alcohol consumption. Overconsumption of alcohol makes it difficult for men and women to stay alert, and that loss of alertness can be difficult to manage on nights as hectic as New Year’s Eve. While it’s acceptable for men and women of legal drinking age to raise a glass of champagne at midnight, it’s best to limit alcohol consumption throughout the festivities so the party is memorable for all the right reasons.

• Be a responsible host. When hosting a New Year’s Eve party, hosts must prioritize the safety of their guests. Make sure guests don’t drink too much, which can leave hosts open to criminal or civil action should guests leave their home and cause an accident. Serve plenty of food and nonalcoholic beverages so guests who are drinking have something in their systems other than alcohol. Schedule things to do throughout the night so guests have more to do than drink alcohol. In addition, make room for potential overnight guests should someone be incapable of driving home at the end of the night. Keep contact information for local taxis or shuttle services readily available so guests know they don’t have to drive themselves home.

New Year’s Eve is a festive night, but one where safety needs to be as big a priority as having a good time.

Be sure charities are legitimate before taking tax deduction

By Mark Richardson Texas News Service DALLAS – There are more than 1.5 million charitable organizations in the United States,... read more