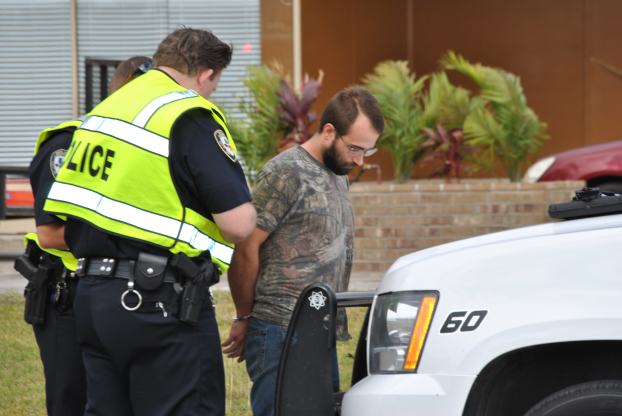 Eric Williams/The Orange Leader A man was arrested after a two vehicle wreck on Christmas day in Orange.

A driver is behind bars following a Christmas Day crash in Orange.

The two-vehicle collision happened around 12:30 Sunday afternoon at the intersection of Strickland Drive and West Park Ave. in Orange.

Ryan Laughlin, of Starks, Louisiana, ran a red light according to a police report.

Crews at the scene report Laughlin was given a field sobriety test before being handcuffed and taken away by police officers.

Two people, who were in the other car involved, were taken by private car to Baptist Hospital Orange for medical treatment.

Orange police have not released any other information.

By Dawn Burleigh The Orange Leader   A shooting at near 16th and Carter Street in Orange on Monday led... read more