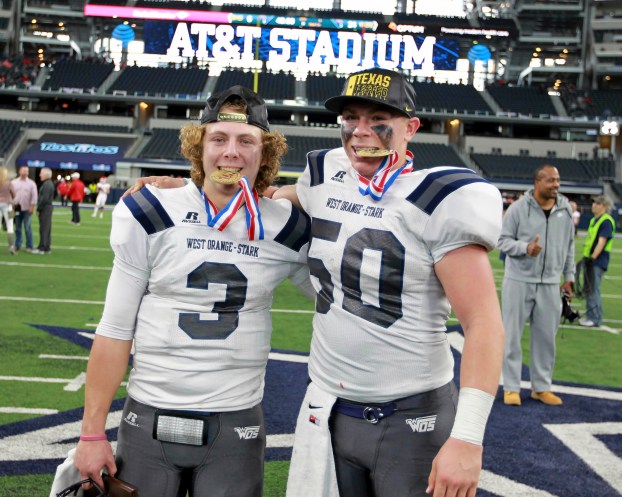 The Texas Army National Guard and the Texas High School Coaches Association would like to congratulate all 2015-16 Academic All-State award recipients. We understand that students’ performance in the classroom can sometimes be difficult to manage while participating in athletics, but their hard work has not gone unnoticed. The THSCA Academic All-State Teams recognize high school athletes who excel in the following categories: GPA, class rank and ACT/SAT score. The students below are being recognized as a team member based on their scores in these categories. We applaud them for their commitment and dedication to perform with the highest of excellence academically and on the field or court.

Four West Orange-Stark players made the list as Jack Dallas and Ryan Ragsdale both made the First Team while KJ Miller and Keyshawn Holman made Honorable Mention.

Get out the paint and color the town Blue. I’m certain people remain sky-high after the West Orange-Stark Mustangs nailed... read more