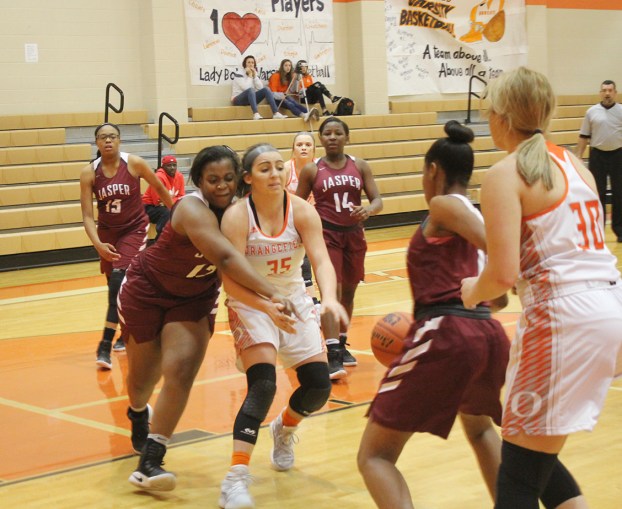 On Thursday the Lady Bobcats toppled the Jasper Lady Bulldogs 54-38 in their first game of the Tennison Tournament.

The Lady Bobcats jumped out to a commanding 21-7 lead at the end of the first quarter and then held off the scrappy Lady Bulldogs the rest of the way.

Lady Bobcat post Cameron Choate dominated the Lady Bulldogs in the paint as she finished with 20 points and seven rebounds.

Alexa Payton paced the Lady Bulldogs with 14 points and had six rebounds. Makayla Bailey chimed in with nine points to go along with five boards. Sakina Whitley added a team-high seven rebounds.

Both teams struggled from the free-throw line. Orangefield went 16-of-35 while Jasper was 13-of-34.

ORANGEFIELD — The Orangefield Bobcats battled a much taller Jasper team hard in their first game of the Tennison Tournament... read more