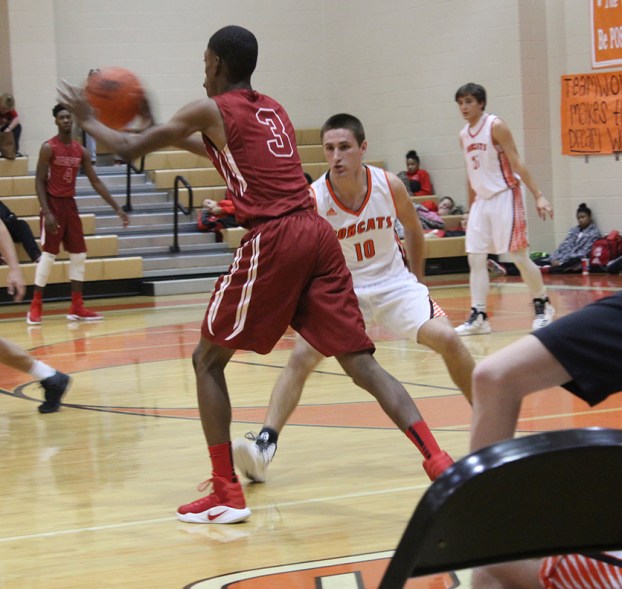 ORANGEFIELD — The Orangefield Bobcats battled a much taller Jasper team hard in their first game of the Tennison Tournament Thursday but came up a little short to the Bulldogs 51-41.

Jasper’s 6-6 post Ashton Thomas chimed in with a double-double, scoring 20 points and snagging 10 rebounds despite getting in foul trouble in the second half.

The Bulldogs led 10-5 at the end of the first quarter but the Bobcats, sparked by Caleb Kress tied it at 22-22 before Jasper’s Leontay Sells scored on a three-point play to give the Bulldogs a 25-22 halftime edge.

Kress led the Bobcats with 16 points, 12 of them coming in the first half.

Jasper went on a 17-8 run in the third quarter to take control of the game. Thomas filtered in nine points in the quarter including a huge three-pointer that put the Bulldogs up 37-24.

Jasper outrebounded the Bobcats 37-28. The Bobcats had 18 turnovers while the Bulldogs had 22.

SOUR LAKE — The Little Cypress-Mauriceville Bears notched a 68-54 victory over Tatum in their first game at the Hardin-Jefferson... read more