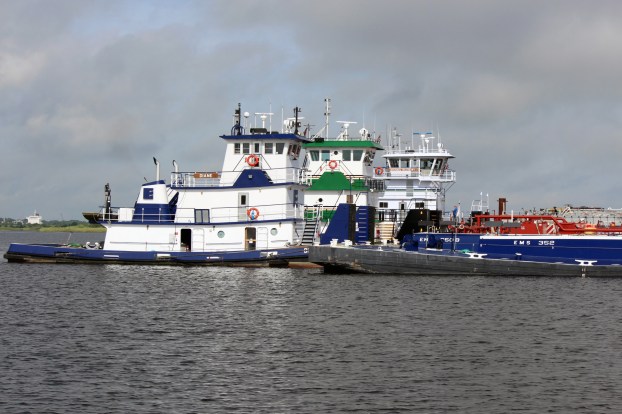 ORANGE — An economic assessment prepared by Austin-based Impact DataSource projects that Savage Inland Marine’s facilities and operations will generate an estimated $7.7 million in tax revenues over the next ten years, with net benefits to Bridge City, Orange County and other local taxing districts totaling $3.8 million. The assessment also projects 306 total direct and indirect jobs over the next decade with a combined $199 million to be paid in salaries.

The projected net economic benefits to local taxing districts over the next 10 years include:

Savage Inland Marine operates inland push boats, provides dock services, and offers monitored barge fleeting services at two sites on the Neches River. These fleeting areas provide a safe location for companies to temporarily park their barges while waiting for availability at nearby docks to load or unload products, benefitting the refining and petrochemical industries in southeast Texas that increasingly rely on inland barge transportation to and from their facilities.

According to a recently conducted study for the American Waterways Operators, “the U.S. Tugboat, Towboat, and Barge Industry plays an important role in domestic commerce. Nearly 5,500 tugboats and towboats and 31,000 barges move an average of 763 million tons of cargo on the nation’s waterways each year.”

“Marine transportation is the safest method for moving products critical to our daily lives, and Savage Inland Marine is committed to safely and responsibly moving and fleeting barges on the Neches River while contributing to our local economy,” said Josh Knichel, General Manager of Savage Inland Marine. The company currently employs about 40 people in Orange County and plans to establish its crew change headquarters in Bridge City.

In addition to its Thousand Foot Cut fleeting area between Humble Island and Stewts Island, Savage Inland Marine provides barge fleeting in the FINA Oxbow between Bridge City and Port Neches. The company is seeking a surface lease from the Texas General Land Office in order to provide long-term, regulated barge fleeting in the FINA Oxbow. An assessment conducted by Environmental Resources Management (ERM), a leading global provider of environmental, health, safety and risk consulting services, concluded that the project “will not significantly interfere with navigation, or natural coastal processes, and will act as surge protection from passing ships; thus, reducing nearby shore erosion.”

Knichel says the FINA Oxbow provides an ideal out-of-the-way location for companies to temporarily park barges, and is supported by river pilots because it keeps the main channel clear for passing ships and provides surge protection. He says that Savage Inland Marine uses spud barges to keeps its customers’ barges a minimum of 30 feet from the shoreline. The fleet is monitored 24/7, and recreational activities such as hunting and fishing will continue to be allowed within the oxbow. Knichel says landowners support the project and there are lease agreements in place with all landowners for property in the designated fleeting area.

“Barge transportation on the Neches River will continue to increase to keep up with the growth in the area’s refining and petrochemical industries. We believe having a regulated barge fleet in the FINA Oxbow is the best way to provide a needed service, protect the shoreline and environment, and provide an economic boost for Orange County,” said Knichel. “The alternative is having other unregulated operators continue to haphazardly park barges wherever they want and push barges up against the shoreline.”

In addition to the many family-wage jobs, tax revenues and local spending generated by Savage Inland Marine’s facilities and operations, surface lease payments to the Texas General Land Office, if approved, could provide tens of thousands of dollars annually to the state’s Permanent School Fund, benefitting Texas students.

“We appreciate the significant support we’ve received from the marine industry as well as organizations and individuals who believe this project is important for the local area,” said Knichel.

Savage Inland Marine is a subsidiary of Savage Services, a leading global provider of supply chain solutions founded in 1946. Savage has more than 3,000 team members in over 200 operating locations, including more than 300 team members in southeast Texas. Savage supports a wide variety of customers in the production, manufacturing and distribution of energy resources and other essential commodities. The company’s capabilities span rail, truck and marine transportation and logistics, terminal and facility operation and design, materials handling, and other industrial services.