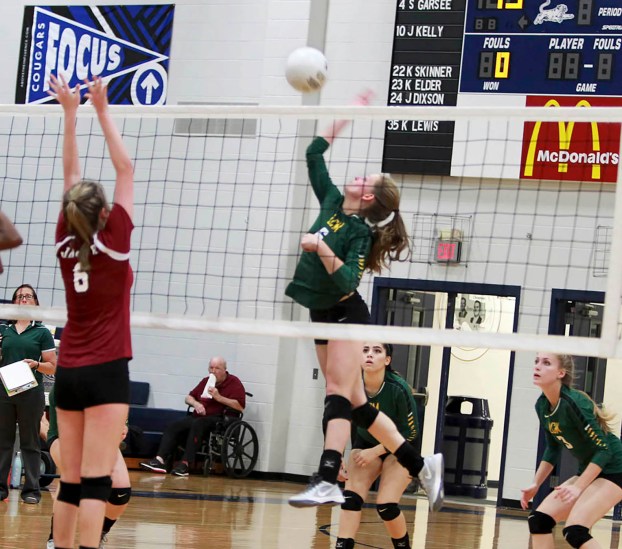 Though every team n the area was young, there was plenty of action-packed matches and a tight District 22-4A race.

Coach Cammie Palmer’s Little Cypress-Mauriceville Lady Bears scrapped their way all the way to a co-championship, tying the Silsbee Lady Tigers as both notched 9-1 records.

The Lady Bears went on to swat Jasper in bidistrict before falling to a very experienced tradition-rich Tarkington program in the area round.

The Bridge City Lady Cardinals started 22-4A play slowly but rebounded with a big second half to snag the third-place playoff berth.

Meanwhile, the West Orange-Stark Lady Mustangs made the postseason for the second straight year as the fourth-place team and nearly knocked off 21-4A champion Diboll in bidistrict.

At the end of the season, many players deserve accolades for their tremendous efforts.

So it was fun putting together the annual All-Orange Leader Volleyball Team.

Picking a Most Valuable Player is never easy and several players were certainly in the mix.

This year’s MVP goes out to LC-M Lady Bear Kaitlin Avery. The junior hitter certainly was a key cog in LC-M’s run to a district title.

Lady Bear sophomore Ally White is the Newcomer of the Year after posting 268 kills and 101 blocks while Palmer nets Coach of the Year.

So without further ado, here is the 2016 All-Orange Leader Volleyball Team.

By Van Wade The Orange Leader PORTER – Running an offense that was smooth as silk and a defense that... read more