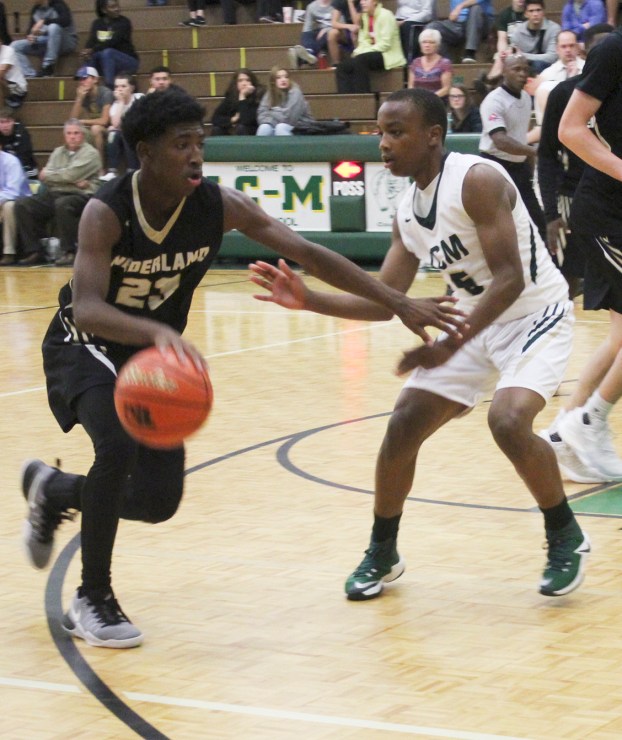 LITTLE CYPRESS — Little Cypress-Mauriceville may have lost its home opener for first-year head coach Brad Jeffcoat, but they fought the Nederland Bulldogs hard Monday night before falling to the much bigger Bulldogs 48-39 at The Bear Cave.

The Bears (1-1), who defeated Port Neches-Groves 45-35 on the road in their opener last week, fell behind the Bulldogs early Monday, made a nice rally but fell short.

The Bulldogs jumped on the cold-shooting Bears early and led 12-2 at the end of the first quarter at 15-2 early in the second before LC-M started to battle back.

The Bears trailed 25-11 at intermission and then started to make a surge behind Katon Brown and Braden Bridges in the third quarter.

LC-M trimmed the margin to 34-25 at the end of the third quarter and got to within five points twice early n the fourth quarter before the Bulldogs had the final answer.

Brown and Bridges led the LC-M attack with 11 points apiece while Jordan Garcia added seven Nederland guard Darrell Jones had the hot hand throughout the night, filtering in a game-high 19 points.

The Bulldogs also received a double-double from big forward Kevin Howard, who chimed in with 11 points and 12 rebounds while freshman Hayden Hefner added nine points and five boards.

The Bears finished with a 36-32 rebounding edge.

Brown had eight boards for LC-M while Christian Weatherly had seven and Jacolven Provost had six.

The Bears finished with 13 turnovers while the Bulldogs had just nine.

The Bears return to The Bear Cave Tuesday when they play host to the Woodville Eagles.

The Lady Bobcats outscored the Lady Indians 16-4 in the first quarter and never looked back.

The Lady Bobcats will return to play Tuesday when they play host to the Vidor Lady Pirates.

The Lady Bears return to action Dec. 2 when they play host to the Vidor Lady Pirates.