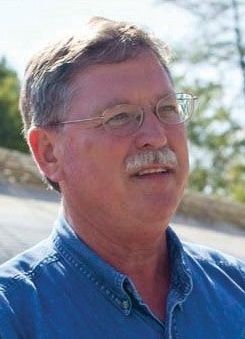 Friends of the Orange Depot (FOOD) are holding the third annual gala to raise funds for the restoration of the Southern Pacific Train Depot located on Green Ave. in Orange.

A special tribute to Michael Hoke is scheduled during the event.

“Michael was one of our founding board members in November of 2013,” Carrie Woliver, president and founder of FOOD, said. “In fact, on his own, he put together a Power Point presentation which showed beautifully the worth of our project to Save the Depot for Orange.”

Hoke and Brown Claybar shared the presentation duties at the Brown Center during the first gala three years ago and garnered many donations for FOOD at that event.

“Not only fundraising, Michael volunteered to keep the depot property clear of debris, helped install our sign, and always lent a helping hand constructing booths for Art in the Park and the other outdoor activities that our volunteers participated in,” Woliver said. “But many of the people in Orange know how active he was in the community and how he loved the great outdoors, taught science to the school children, and even led them for years on tours of West Texas for a better appreciation of nature.”

Claybar will make the presentation to Hoke’s widow, Sandra, who will be accompanied by her family.

“We are proud to have had Michael on our board for the few short year’s he was around,” Woliver said.

Silent and live auctions are scheduled for the event as well.

Friends of the Orange Depot reports that 635 engraved bricks have been purchased by the people of Orange to help fund the depot renovations.  The organization has reached the point in the progress that the first order for these bricks will be placed soon after the gala

Residents who have not yet purchased a brick are encouraged to come to the gala and place their order, so when the bricks are installed after the first of the year, they will see their names along the platform next to the railroad tracks.

Swamp Thing has decided to come out of hiding in the Blue Elbow Swamp to remind voters to get out... read more