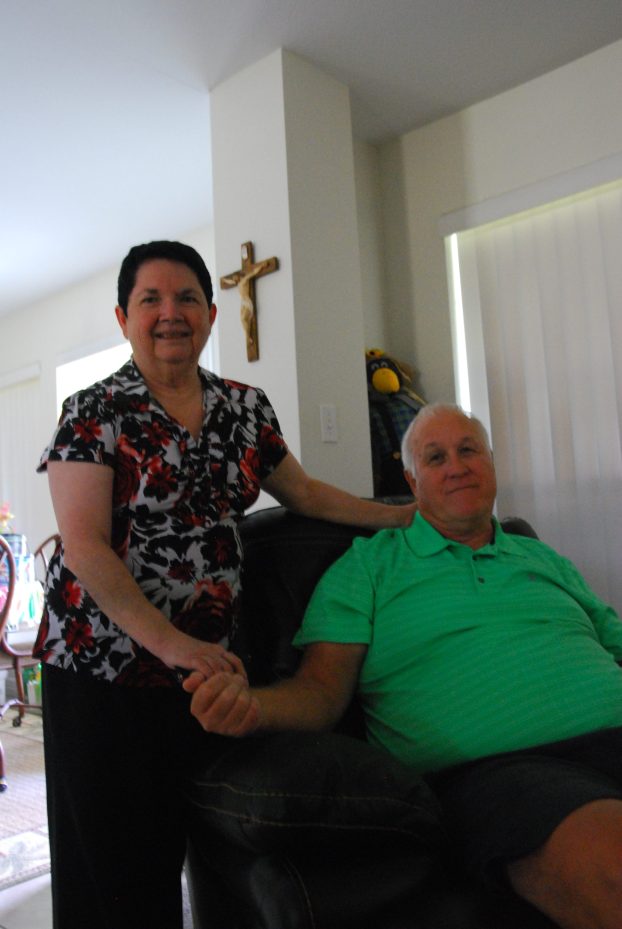 Dawn Burleigh/The Orange Leader Tete and Gary Husband served in the US Army together before retiring.

Gary and Tete Husband met while serving in the military.

“I was working in the National Guard in Austin when we met,” Tete said. “He would come to my office in Austin looking for one particular person knowing I did not have the records because the guy was still active duty.”

“I was sneaky,” Gary said with a chuckle.

At the time, Gary was serving at the National Guard located on Meeks Drive in Orange. He would travel to Austin in need of personnel records.

Husband and wife both retired after serving 20 years in the US Army.

“I was going to City College in San Francisco when I saw a good friend outside a recruiters office,” Tete said. “I was very young, 22-ish, when my friend talked me into joining.”

After serving three or four years, according to Tete, she decided she might as well make it a career.

“After serving six or eight years,” Tete said. “Might as well stay and retire because you are almost there.”

She said her son served six years in the Air Force and regrets leaving.

Gary always had an interest in the military.

“I served eight years before I had a weapon,” Tete said. “Now women do more in the military.”

While Tete is retired from the service, she is only semi retired, as she is a translator for LCM school district.

“Working was more restricted,” Gary said. “As part of a Line Unit, we were going to or coming from the field.”

While serving in Germany, Tete traveled as often as she was able.

“I was always in Headquarters,” Tete said. “My job was not after hours or on call so I could travel on the weekends.”

A benefit of serving is an appreciation of what one has here according to Gary.

“People say there is nothing special or different here, just a different name for a country,” Gary said. “It is not that way at all. You will see how people live in other countries.”

One striking difference Gary noticed when he returned from a tour in Germany was litter.

“Germany was nice. No trash on the side of the road, at least back then,” Gary said. “The biggest shock when I came back was the litter. It is a little thing but made a striking difference.”