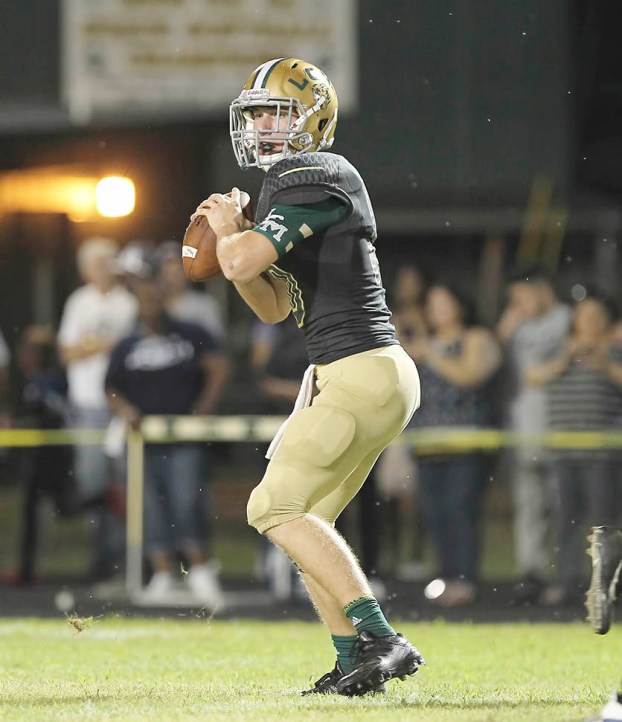 LITTLE CYPRESS — Riding a three-game winning streak, the Little Cypress-Mauriceville Battlin’ Bears will look to make it four Friday night when they take on the Henderson Lions at 7:30 p.m. in the Class 4A Division I bidistrict playoffs at Crockett High School.

The Bears (5-5) earned the third-place spot out of District 10-4A Division I with a thrilling 42-41 overtime road victory in Navasota last week.

Meanwhile, the Lions (9-1) and East Texas power for years now, bombed Palestine 61-26 in their finale.

Henderson is the runnerup out of District 9-4A. The Lions’ only blemish came at the hands of 9-4A champion Kilgore, who they fell too in a 28-26 loss.

The Bears have been on a roll since dropping their first two 10-4A games to Silsbee, hammering out wins over Huffman, Cleveland and Navasota.

LC-M, since going back to the spread offense, has put up superb numbers of late, through the air and on the ground.

In the win over Navasota, backs Chris Winters and J’Lon Douglas both went for more than 100 yards.

Douglas rumbled for 118 yards against the Rattlers and has bulled his way to more than 500 yards for a Bear offense that averages 343.8 yards a game.

Bear quarterback Beau Bickham has had a nice stretch and passed for 164 yards against Navasota. Bickham has completed 98-of-182 passes for 1,498 yards. He has an array of receivers to get the ball too including Trey Guillory, Katon Brown, Keegan Sonnier and Mark Netherly.

The Bear defense will look to slow down a high-octane Lion offense that also likes to run the spread.

Henderson has outscored opponents 470-177 for the season, led by quarterback Trae Hall.

His favorite target has certainly been wideout Trestan Ebner, who has 44 catches for 860 yards and 15 TDs. Tariq Gray has 32 grabs for 649 yards and six scores.

Running back Lakendrick VanZandt has torched opposing defenses for 1,057 yards on just 104 carries and has 13 TDs.

The Bears, allowing 330.3 yards a game defensively, had a nice showing against Navasota, limiting the Rattlers to just 191 total yards.

The LC-M-Henderson winner will face either El Campo (10-0) or Houston Washington (5-5) in the area round next week.

ORANGEFIELD — Punching in their fourth straight playoff ticket, the Orangefield Bobcats will be seeking a bidistrict postseason win for... read more