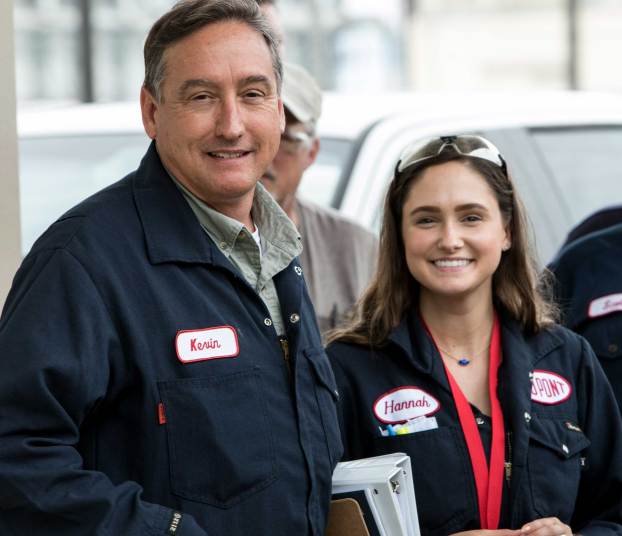 Courtesy photo Kevin Ross is a Maintenance Specialist with 26 years of service at DuPont and his daughter Hannah Ross is currently a Mechanical Engineering student working at the site as part of her degree. Kevin’s father, Hannah’s grandfather, retired from DuPont. Brother Kirk Ross is a Reliability Technician currently, and son Aaron previously interned during his studies in Chemical Engineering.

This year marks the 70th year of operations at the DuPont Sabine River Works site, located on what was once a cattle pasture owned by Orange businessman H.J. Lutcher Stark. The need that birthed the construction of a plant at this location is found in a speech delivered to the Orange Rotary Club by C.L. Graves, Engineering Office Superintendent on December 11, 1945: “Last year the DuPont company was asked to provide the Army Air Forces a greater quantity of nylon than we were able to produce. To produce more nylon, we first had to produce more nylon salt.” As Mr. Graves described the decision to build Sabine River Works, he states that the DuPont Company “… concluded it was more advisable to construct a plant on a new site than to expand existing facilities.” He also stated that the site to be located in Orange was “the largest single appropriation of money ever made by DuPont for construction.”

The site, while originally built to produce nylon intermediates in 1946, quickly added facilities for the production of polyethylene resins beginning in 1948. Today, ethylene-based copolymers used in packaging films, adhesives, compounds and molded products is the primary focus of DuPont operations at the site. Products from the Sabine River Works site can be found in many everyday items, from food packaging to medical equipment to building and construction materials.

From the very start the DuPont Sabine River Works site has been committed to supporting the local community. Through funding of various efforts such as United Way agencies, local education, and the Science Super Stars program, the site has strived to make a difference for its neighbors. Many employees serve as volunteers in community activities and in support of local schools, agencies, and emergency response organizations.

DuPont employees are celebrating their 70-year milestone anniversary with an on-site display of historical artifacts from the site, many shared by employees. Also included in the festivities is an employee fish fry and a commemorative gift to mark the occasion.

“The many remarkable achievements of the site over the last 70 years have been built on a foundation of commitment, teamwork, and pride” says Sabine River Works Site Manager, Janet Schepcoff. “Over the years our focus has held to what matters most – the safety of our workers and of our community. Our site’s winning spirit and drive for excellence has brought success and will continue to open up exciting opportunities for the future.”