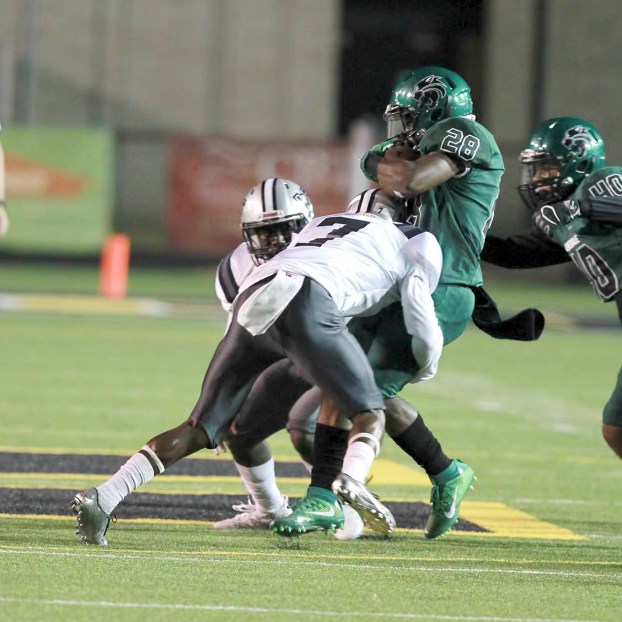 WEST ORANGE — It might be a game that has lost a little luster this week when West Orange-Stark welcomes in the Liberty Panthers in District 12-4A Division II action, but don’t tell that to the Class 4A No. 1-ranked Mustangs as they are coming off their bye week full steam ahead.

Many thought Liberty (8-1, 1-1) would enter the game undefeated to battle the Mustangs (8-0, 2-0) for what would have likely been for the district title. However, the Panthers stubbed their toe last week at home against Hardin-Jefferson, losing 17-14.

The Mustang Chain Gang defense will look to tame 12-4A’s leading rusher in the form of Panther tailback Alex Brown.

Brown has shredded opposing defenses for a whopping 1,598 yards and 16 touchdowns on 161 carries. The Panthers average 323.1 yards on the ground.

Quarterback JJ Slack has been productive, keeping defenses on their toes, completing 40-of-68 passes for 607 yards with 12 TDs and five interceptions.

Fellow back KK Antoine has zipped for 323 yards and four TDs on 28 carries.

The Mustangs were able to heal a few bumps and bruises as they look to snag yet another district title and deep playoff run in which they are trying to repeat last year’s 4A Division II state title.

WO-S will check in averaging a balanced 371.3 yards a game. The Mustangs have definitely benefitted from great field position throughout the season as they numbers could easily be higher if it wasn’t for leading so big in most at halftime in so many of their games.

Tailback Jeremiah Shaw has been rested as well but still has rumbled for 726 yards and 13 TDs on just 85 carries. Fellow back Kavyn Cooper compliments Shaw well with 401 yards and seven TDs on 45 totes.

Miller has also ignited the Mustangs with four punt returns for TDs and is averaging 35.2 yards a return.

The Mustangs will close out their regular season on the road at Orangefield next week.

BRIDGE CITY — After proving their might in one of the best wins in school history last week, the Bridge... read more