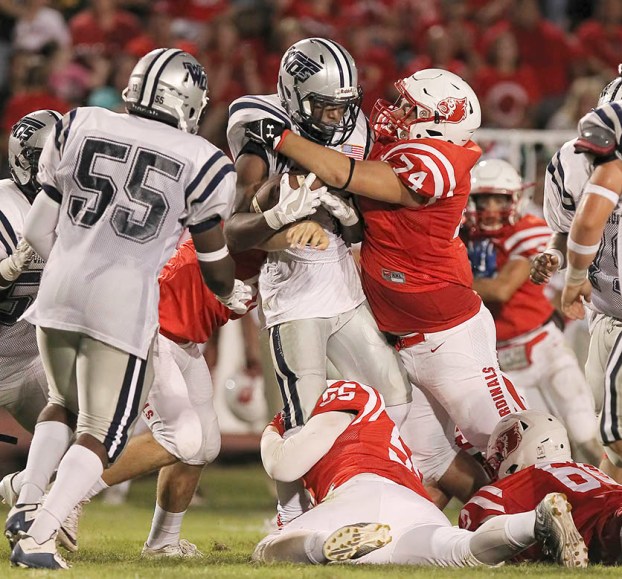 Cardinals rested up for Indians

After not being able to play a game since Sept. 16, Bridge City gets to take the field Friday night for Homecoming when the Cardinals welcome in the Cleveland Indians for the District 10-4A Division I opener for both teams.

The Cardinals (2-2) had their regular bye Sept. 23 and their game when Brock on Sept. 30 was canceled due to Brock pulling out of that one late in the summer.

The Cardinals were able to heal up and catch their breath as they prepared for the Indians and the rest of their upcoming 10-4A foes.

After a blistering 2-0 start with big wins over Hamshire-Fannett and Houston North Forest, the Cardinals fell to 4A-ranked No. 1 West Orange-Stark and 3A-ranked No. 2 Newton in back-to-back games.

One thing for certain, the Cardinals will be facing a much-improved Cleveland unit.

The Indians went a woeful 1-9 last season but went 3-2 in non-district play this season.

Cleveland returned five starters from their 2015 squad to operate their multiple set offense.  Returning as the triggerman is quarterback Jett Hendrix.  He’ll be joined in the Indian backfield by running back Dylan Reeves with Monroe Harding and Montrail Searles also seeing time at running back.  Returning tight end David Reeves and Japarius Fletcher will be the likely passing targets for Hendrix.

The Indian offense will try to navigate through a Cardinal defense that has allowed 289 yards a game.

The Indians returned six starters to man the 3-4 defense.  David Reeves will be joined by Nick De La Rosa to hold things down on the defensive line.  Dylan Reeves and Monroe Harding will be joined by Jon Salcido at linebacker.  Senior Dawayne Smith will be featured in a secondary which will also include Fletcher and Hendrix, who was a all-district safety.

The Cardinals power running attack will check in averaging 330.8 yards a game.

Draper, despite missing the game against North Forest, leads the Bridge City arsenal with 366 yards and five touchdowns.

Look for fellow backs Patrick Morris and Max Baker along with quarterback Byron Trahan to try to maneuver through the Indian defense.

The Cardinals lead the all-time series with against the Indians 10-4, including last year’s dramatic 42-35 victory.

ORANGEFIELD — After notching a big 31-21 win against Diboll to wrap up their non-district slate last week, the Orangefield... read more