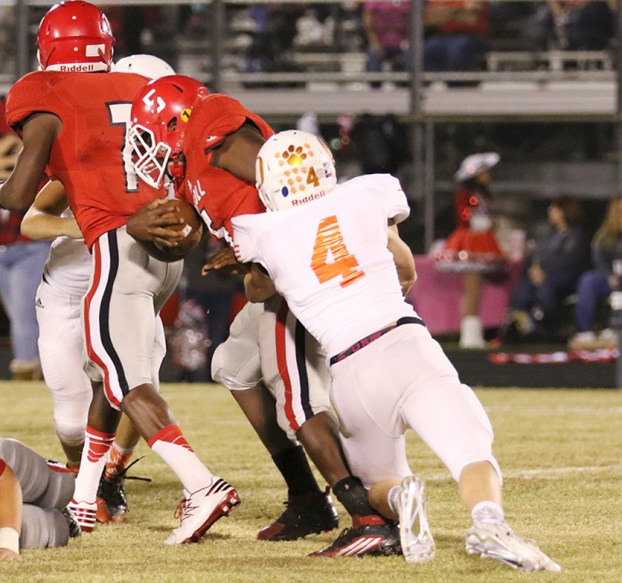 ORANGEFIELD — After notching a big 31-21 win against Diboll to wrap up their non-district slate last week, the Orangefield Bobcats have undefeated Liberty in their sights as they will visit the Panthers Friday night to open up District 12-4A Division II play.

The Bobcats (3-3) will begin their chase to make the playoffs for the fourth year in a row for Coach Josh Smalley and Company.

Meanwhile, the Panthers (6-0) have gained a lot of steam for coach Chad Taylor.

The Panthers returned seven starters on both sides of the ball from last year’s 4-7 playoff unit.

Liberty has outscored their opponents 188-77 for the season. They smothered Tarkington 56-14 last week and also have an impressive 20-14 win over Woodville. Woodville defeated Orangefield 41-7 earlier this season.

Tailback Alex Brown is approaching the 1,000-yard mark already. He has 927 yards and nine touchdowns on 119 carries.

Tyris Williams has rumbled for 466 yards and four TDs on 44 totes and KK Antoine has romped for 283 yards and three TDs on 22 carries.

Liberty likes to keep defenses honest with their passing game.

The Panthers will face a Bobcat defense that is allowing just 255.5 yards a game.

The Bobcats will certainly to ground out the Panthers and eat some clock with their versatile Slot-T offense.

Orangefield will face a Liberty defense that has allowed a mere 146.7 yards a game, which ranks second in 12-4A.

Bobcat back Christopher McGee leads the balanced ground arsenal with 420 yards and five TDs on 56 carries.

The Bobcats will have their bye week next week and will host Hamshire-Fannett Oct. 21.