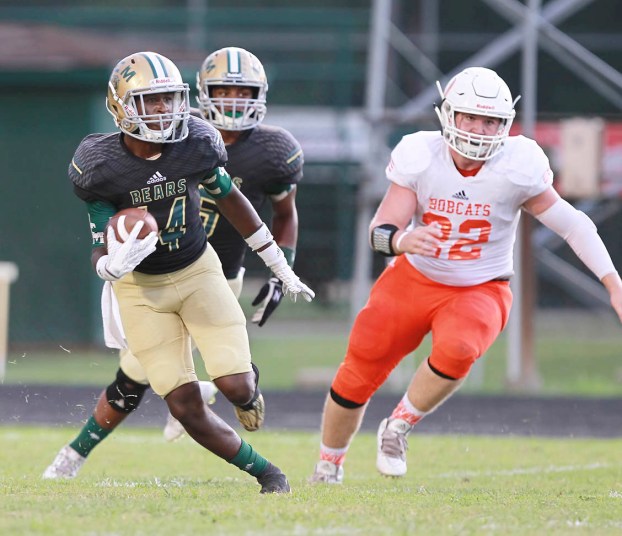 LITTLE CYPRESS — It could be a good old-fashion shootout Friday night when the Little Cypress-Mauriceville Battlin’ Bears head to Silsbee to face the Tigers to start up District 10-4A Division I play.

Both teams will check in with identical 2-3 marks after non-district play.

The Bears are coming off a tough 62-24 road loss at TAPPS powerhouse Houston St. Pius last week while the Tigers found their groove again with a 60-21 win over Alvin Shadow Creek after falling to 4A-ranked No. 1 West Orange-Stark 51-2 the week before.

The Bears will look to regain their offensive form they had with 40-plus point efforts they had in back-to-back wins against Hardin-Jefferson and Orangefield after they turned the ball over five times and had just 191 total yards in the loss to St. Pius.

LC-M tailback Chris Winters has been productive and he scored two TDs against St. Pius. He now has 461 yards on 86 carries.

Quarterback Beau Bickham has completed 38-of-76 passes for 550 yards with his favorite targets being receivers Katon Brown and Ronald Guillory.

The Bears will check into the game averaging 280 yards a game.

Silsbee added two huge transfers to their talent base in quarterback Willie Jones, who was Second Team All-State at Beaumont Legacy a season ago, and Beaumont Ozen transfer Calvin Tyler, who had nearly 1,600 yards last year for the Panthers.

Tyler went over the 4,000-yard career mark last week after he tortured Alvin Shadow Creek for more than 300 yards on the ground.

Jones has a pair of excellent receivers to get the ball to in the forms of Kalon Barnes and Tre’ Lowe as they will look to test the Mustang secondary.

The Tigers will face a Bear defense that is allowing 336 yards a game after LC-M gave up 649 yards to St. Pius.

The Tigers, who will look to challenge for the District 10-4A Division I crown, are led by all-district players lineman Johnathon Hageon, linebacker Michael McCain and defensive back Mason Murray on defense.

Both the Tigers and Bears are allowing 38.8 points a game.

The Tigers lead the all-time series against the Bears 16-9. Silsbee pulled out a 38-21 victory last season.

Cardinals rested up for Indians

BRIDGE CITY — Welcome back Bridge City Cardinals. After not being able to play a game since Sept. 16, Bridge... read more